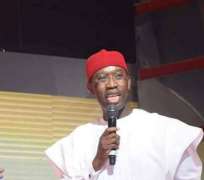 Twenty-five days after The Delta State Governor, Ifeanyi Okowa promised that his administration would establish Teachers Development Centre for the training and retraining of teachers, the State Executive Council (SEC), has approved the construction of the proposed Centre.

This was part of the approvals made by the State Executive Council during its meeting held in Government House, Asaba, last week Friday.

The state Commissioner for Information, Mr. Patrick Ukah, disclosed this in Asaba on Monday that the approval was the fallout of one of the resolutions of the 2-day Education Summit organized by the State Government in October 2015.

Mr. Ukah explained that the institute would help to retool, upgrade, train and retrain teachers to meet extant and future challenges as well as improve the quality of teachers in the state at all levels.

According to Ukah, the Institute will also provide conducive venue for the training of all strata of personnel in the state and can be used for retreats and policy crafting sessions in addition to hosting strategic meetings as the state government may deem fit.

He said that the meeting also approved the construction of Okenrekoko Township Roads (Phase ll) in Warri South West Local Government Area and that of Arhagba/Okobia/Okuetolor/Okuabude Road, Phase l, (from the junction of Warri/Benin Road at Okuabude to Okuetolor: 3km), as well as the review of project rates and additional works, in Okpe Local Government Area.

In the same vein, the rehabilitation and resurfacing of Owa-Alero/Idumuesah Road in Ika North East Local Government Area was approved.

The state government further approved the appointment of three traditional rulers in the state.

The other appointment approved was that of His Royal Majesty, Samson Owhe Ogugu 1, as the Osuivie of Agbarho Kingdom.