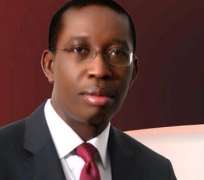 The Delta State government has expressed hope that the 2nd edition of the Zenith Bank Delta Principal’s Cup Competition would open more rooms for the discovering of new talents at the grass root level.

Speaking Thursday during a press conference in government house, the Commissioner for Basic and Secondary School Education, Mr Chiedu Ebie, gave the assurance, stressing that the state would improve on the organization during the 2nd edition of the Competition.

He said the competition which has begun would come to a conclusion February 2018, “we are starting early and essentially it is grass root football, so we are starting in all the 25 local government areas and we hope that new talents would be discovered”.

He said the state would focus on having coaches that would be able to identify the talents, “and we intend to focus on that and we will be able to promote sports side by side with education”, stating that the state has produced some of the best and finest footballers in the country.

“The final will be held at Ozoro Polytechnic stadium like we did last year, the facilities are excellent. The kick off will commence next week Wednesday here in Asaba at Saint Patrick College and after which all the local government council will also have started theirs as well”.

The Deputy Managing Director of Zenith Bank Plc, sponsors of the sports competition who was represented by the Zonal Manager, South-south, Lucky Ighade, said the whole idea was to restore sports culture which has gone into oblivion back to schools.

He said the 2nd edition would witness a more resounding feat as the 1st was without doubt a huge success, disclosing that “over 1200 private and 400 public secondary schools will be participating in the competition”.

The Director-General (DG), Delta State Sports Commission said the commission has a mandate to produce grassroot sports persons, aligning that sports and education are twins that walks together, “for the healthy development of the child”.

He said while government provides the enabling environment for sports to thrive, private organizations should invest in sports development, “outside Zenith Bank, we want to call on corporate organizations to come into sports to push their own programmes”.

Earlier, in his welcome remarks, Mr Tony Oritse Pemu, CEO Hideaplus Ltd, hinted that several innovations that were not in the last games have been brought into the 2nd edition.

According to him, “branded jerseys, football kits” to upscale the games and benchmark international practices, disclosing that they have also tightened the procedure on verification of players, “I can assure you that this edition will be far better in all ramifications”.

He noted that award recipients have received their awards either in cash or in kind as the case demanded, “Our plans are on top gear. The referees council and other key personnel are all set to give Delta and the nation at large a befitting game”, he assured.