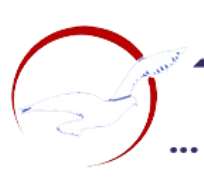 Robbers broke into the office of Air Peace in Akure, Ondo State and robbed the airline of millions of naira over the weekend.

Air Peace employees discovered that the office had been robbed when they resumed work on Monday.

It was learnt that the robbers had gathered that Air Peace regularly leaves large sums of money in its vault from Friday to Sunday. Acting on this information, the robbers broke into the office and carted away the vault over the weekend while the business was closed.

“The hoodlums burgled the office of the airline through a small cracked wall and stole valuables including the vault. I learned that they couldn’t immediately break the vault in the short process and hence the reason for taking it away.

“In fact, some booking tickets and other things were carted away during the operation, which only lasted few minutes.

“The police have arrested all the staff of the airline and they are currently being interrogated at the Oba Ile police station. Even some management staff of the airline have arrived from Lagos over the case because it was so shocking,” an inside source who preferred to be anonymous because he was not authrorised by the company to speak on the matter said.

A source at the Oba Ile Police Station in the Akure North Local Government Area of the state also confirmed the robbery case.

“We have arrested all the people (staff) that are working in the main office of the airline, including the security guards. As I am talking to you, some of the staff are being interrogated in our station here in Oba Ile,” the police source said.