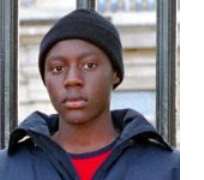 UMAR Farouk Abdulmutallab, who is serving multiple life sentences in the United States for trying to bomb a plane has sued the U.S. Justice Department, Federal Bureau of Prisons and Attorney General Jeff Sessions for denying him free speech and religious rights.

Abdulmutallab, popularly known as the ‘Underwear bomber’ had on Christmas Day 2009 attempted to set-off a bomb hidden in his underwear during an Amsterdam to Detroit flight.

Abdulmutallab, who was then 22, was sentenced to life imprisonment and jailed at the United States Penitentiary-Administrative Maximum Facility in Florence, Colorado.

But in a suit filed in a Colorado federal court on Wednesday, the 30-year-old said authorities in the prison were violating his constitutional rights by not allowing him to communicate with the outside world or practice his religion as a Muslim.

The lawsuit alleged that once Abdulmutallab got to prison, he was immediately placed in long-term solitary confinement and placed under special administrative measures, SAMs, that prohibited his communication with most of his family members up until last year when he was allowed to talk to his sister.

According to reports, he’s still not allowed to talk to any of his nieces or nephews. The lawsuit further accused staff at the facility of repeatedly force feeding him during a hunger strike using “excessively and unnecessarily painful” methods.

It alleged that white supremacist inmates were also permitted to harass him during prayer times.

“Prisoners retain fundamental constitutional rights to communicate with others and have family relationships free from undue interference by the government,” said Gail Johnson, his attorney, in a statement to the New York Times.