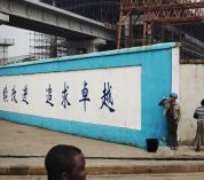 For an oil-reliant economy that’s in the throes of a prolonged slump in crude prices, combating terrorism and fending off questions about its president’s health , Nigeria has managed to defy the odds.

After a weak 2016, Africa’s largest oil producer has crawled out of recession, helped in part by the recovery in crude. Nigeria’s oil output has rebounded to 1.8 million barrels a day, at a rate far quicker than market watchers anticipated.

The recovery “is being driven by the pickup in oil prices, which is helping production volumes recover as well,” said Nicolas Jaquier, an emerging market economist at Aberdeen Standard Life.

Frank Augstein | Pool | Reuters
Nigeria President Muhammadu Buhari
Structurally, Nigeria’s large oil reserves and attractive demographics — the country has a comparatively young population and is expected to become the world’s fourth most populous nation by 2050 , according to the CIA World Factbook — make it an attractive bet for investors.

Investor interest in Nigeria has also increased dramatically since the central bank relaxed the county’s exchange rate regime in the second quarter of this year. Under the new measures, portfolio investors could access foreign exchange in a free-floating window, boosting confidence that they would be able to liquidate and repatriate capital with relative ease.

Reforms and terror threats cloud the outlook
Nigeria’s hefty benchmark interest rates, which the central bank held steady at 14 percent at its meeting this week, are also helping to draw in yield-hungry investors. Yet Earnshaw added that much will depend on reforms, and whether the government continues facilitating the free flow of money in and out of the economy.

“In terms of foreign direct investment (FDI), the level of interest is still small,” Jaquier said. “The exchange rate depreciation might help attract some interest [in key economic sectors] … but other more structural issues remain,” he said, including rampant corruption and lax law enforcement.

From an investment perspective, analysts do not advise pouring in to any one particular sector in Nigeria, even with oil on the rise and corporate earnings on the mend. Principal risks, according to Lazard Asset Management’s Chopra, include the country’s overreliance on oil revenue and the imposition of capital controls.

Meanwhile, the country’s crude-led recovery could be imperiled by militants wreaking havoc on the oil industry. Brutal attacks led by a mysterious group called the Niger Delta Avengers cratered Nigeria’s oil production last year, and some analysts fear they could be poised for a comeback.

With President Muhammadu Buhari out of the country on medical leave for most of 2017, Nigeria saw progress on the domestic front with significant efforts made to stabilize the economy with Vice President Yemi Osinbajo, who is more reform-minded, at the helm.

Now that Buhari has returned, questions are still swirling about whether he can maintain power, or who might succeed him if he goes.

“Buhari’s return is unlikely to unwind some of those gains, but it means the prospect for more progress is diminished,” Jaquier said.

Given those lingering worries and Nigeria’s relatively small market, analysts like Peter Donisanu recommend investors “interested in gaining exposure to the Nigerian equity market … do so via broad exposure to the Frontier Markets asset class,” rather than investing directly in the country’s key sectors, the global research analyst for Wells Fargo Investment Institute told CNBC.