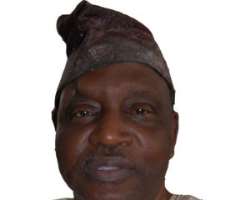 They were arrested today in Abuja, during an event by Governor Ayodele Fayose, in which he declared his presidential aspiration in the 2019 election. The ceremony at the Chelsea Hotel in Garki-Abuja, was attended by former senator and deputy governor of Osun State, Iyiola Omisore and a former aviation minister, Femi Fani-Kayode, under trial for money laundering by EFCC.

In a short statement by spokesman Wilson Uwujaren, EFCC said the two officials are in its custody.

“They were picked up today following their refusal to honour previous invitations for interrogation in relation to pending investigation on the misuse of bail out funds by the Ayodele Fayose administration”, Uwujaren stated.

In July, Ekiti state acknowledged receiving  N4.7 billion as Paris Club refund, according to a statement  by the special assistant to the governor on public communication and new media, Lere Olayinka.

The state also earlier got N8.8 billion, out of which  the  Local Councils got N3.4 billion.

Since the money, got into government coffers, there had been allegations that it was diverted and not used to pay outstanding salaries and pensions. NAN