When The Police Becomes The Thief 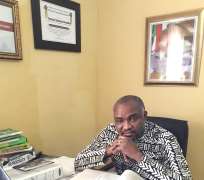 The Nigeria Police has a very notorious image which must be cleaned up through fundamental attitudinal transformations of the men and officers of the institution.

Apart from the well-known notoriety as being corrupt and excessively bribe taking, some percentages of those enrolled in the Nigeria Police have also entered the book of infamy as perpetrators of a range of crime ranging from petty crime to sophisticated robberies.

Some readers may be wondering why we give a lot of attention to some of these manifestations of crime and criminality within the ranks of the police.

But, the symbolism of the policing institution which portrays their operatives as the enforcers of laws that prevent and punish criminals, makes it the more bizarre to see that some of these trained police operatives get involve in carrying out violent crimes in the society.

There is this popular aphorism that says that he who goes to equity must go with clean hands. In the same vein, people are left shell shocked whenever it is discovered that the same police operatives who should save the society from crime is the criminal.

The immediate trigger for this piece is the celebrated case of men of the Rivers State Police Command who were indicted by the state government of being the brains behind all sorts of criminalities and violent robberies including kidnappings for ransom payments. Infact as i write this piece, a taxi driver has just been killed by the operatives of this notorious SARS in Port Harcourt over allegations of belonging to a cult group. This commercial cab operator of Yoruba descent has however been said by witnesses not to belong to any cult group. By the way, is it in the place of the police to arrest and kill suspects even before they are prosecuted in the competent court of law in line with section 6 of the Constitution of federal republic of Nigeria? The scope of allegations of involvement of police in crime has however expanded as i said in Rivers and several other states. Few weeks back during the last Easter festivities, a Nigerian returnee from Malaysia who went home to Owerri Imo state for his traditional wedding was extra legally killed by the police for failing to part with some of his money.

Let's revisit the matter of involvement of SARS operatives in dastardly crimes in Rivers state.

The Rivers State governor Mr. Nyesom Wike, a lawyer had in early September specifically accused the operatives of the police special Anti-Robbery squad (SARS) of carrying out most of the armed robbery incidents and kidnappings in Rivers State.

The Rivers State governor who in his capacity can access lots of intelligence, also told the media that visible evidence exists to show that his allegations were not sensational but factually accurate.

The governor went as far as indicating that official signals from the police had clearly proved his allegations to be genuine and credible.

According to Wike, criminal activities of SARS, Rivers State have been uncovered by the Inspector General of Police X Squad Abuja deployed to the State after the squad busted the attempted kidnap of one Mr. Azumana Ifeanyi on September 11, 2017 at the GRA, Port Harcourt.

According to the Signal, they met three SARS operatives robbing before a gun duel ensued.

The operatives had taken Mr. Ifeanyi to a Fidelity Bank ATM where they compelled him to withdraw N500,000 as ransom, according to the Rivers government's officials.

One of the SARS operatives was killed, while Inspector Justice Nyeche who led the IGP team was injured, the narrators said .

Governor Wike said: “Most of the kidnapping and armed robbery taking place in this State are done by men of SARS. They use exhibit vehicles to operate. As the Chief Security Officer of the state, you complain, but they choose to play politics with crime.

“As I speak with you, they will deny. But the SARS Operative who was killed was amongst those who raided the Rivers East Senatorial District Collation Centre. This man can be identified in the video as one of those who invaded the collation centre with his commander.”

The Governor alleged that the deliberate acts of violence being perpetrated by the Police in Rivers are being orchestrated as part of a ploy to rig the 2019 general elections.

“I have never seen a country where they politicize crime, it is very obvious that they want to give the impression that Rivers State is unsafe. They want to instill fear preparatory to declaring during the elections that there is so much killing in Rivers”, Wike said.

He added that, “authorities are deliberately trying to destroy a whole State and you want the people to be happy. I will no longer write. Now is the time to take my case to the public, for the whole world to know what is happening”.

The Governor said his administration has invested more than any other in logistics for security personnel, yet the police is continually working to undermine and destroy the State.

Apart from the allegations of police involvement in violent crimes, there are several cases of professional indiscipline by the police operatives which rubbishes the essence of the policing institution.

Take for instance the cases whereby police operatives have been caught in Lagos attempting to rob innocent night crawlers to an extent that these armed police operatives would take their victims to the Automatic teller machines for them to withdraw money to settle the police.

There are instances whereby those vulnerable individuals arrested by those wayward police have ended up being paraded as armed robbery suspects before the media and thereafter taken to the courts to face prosecutions and detention for years.

Only few hours ago, a drama was enacted in a real life court hearing whereby a woman being charged for armed robbery narrated her ordeals and how she was framed up simply for refusing to give sexual gratification to a police man.

As reported, the 27-year-old trader, Mrs. Victoria Amodu, told an Ikeja High Court, Lagos that an Investigative Police Officer (IPO) at the Special Anti-Robbery Squad (SARS), Ikeja Division, demanded sex from her to release her from custody.

Amodu, a mother of four, gave the testimony as a defence witness in her trial for alleged conspiracy and armed robbery, before Justice Kudirat Jose.

The lady, who denied the allegation, was arraigned alongside one Hammed Isiaka on a six-count charge of conspiracy to commit robbery and armed robbery, contrary to Section 295(2)(a) of the Criminal Law No 11 Laws of Lagos State, 2011.

One of the charges reads, “Hammed Isiaka, Victoria Amodu and others now at large, on or about August 12, 2014 while armed with a pistol did rob one Elizabeth Moses of a cash sum of N35, 000 and a cheque of N1.4m.”

However, while being led in evidence by her counsel, Nelson Onyejaka, Amodu told Justice Jose that she was unjustly arrested by the police on August 12, 2014 at Church Bus stop, Badagry, Lagos. She said she was selling bread at the bus stop when policemen raided the area, arrested her and others and bundled them into their truck, where they met some men who were already tied up.

Narrating the incident, Amodu said: “I was arrested by the police while I was selling bread and taken to the station at SARS, Ikeja. An IPO (name not mentioned) there told me to call someone that would come for my bail. I called a neighbour, a lady that helps me look after my kids. When she arrived, the IPO said a woman could not sign my bail bond, which he put at N400,000.

"I became worried because I didn’t know any man to call since I was no longer living with my husband and I was also new in Lagos. I decided to call my father but he refused coming to the station. He said since I was married he had no hand in anything concerning me."

“I didn’t know what else to do at this time, so I started begging the IPO to let me go and take care of my kids since I didn’t commit any offence. The IPO took me outside the cell to a corner and said that I am a pretty lady and that if I submit myself to him, I would be freed. I got angry and shouted at him, asking why he would make such a statement to me. He immediately, dragged me back to the cell. Some others who were arrested that day were released after they paid money, though I don’t know how much they paid".

“Nights after, the IPO brought out some case files and told me and others in the cell to sign them. He said that when we were done signing, we would be released. I agreed to sign the documents on the condition that he would not touch me. But the other men refused saying they couldn’t sign what they didn’t know."

“The IPO immediately brought out his gun and threatened to shoot them if they didn’t sign and they fearfully signed it. “After signing the documents, we were all taken to a Magistrates Court and from there, to Kirikiri Prison.”

Amodu pleaded with the court to tamper justice with mercy and permit her to go home to cater for her children.

During cross-examination by prosecution counsel, Mrs. Awosika, Amodu denied knowing the first defendant, Isiaka. She said she had never seen him before and only met him for the first time in court on the day of arraignment.

Isiaka, a driver, who also testified while being led by his counsel, Mrs. Olamide Amore-Akintoye, said he was arrested on his way from Seme border while carrying food items belonging to a customer. He said his car was impounded and taken to the station where he was locked up after he failed to pay for his release.

Justice José adjourned till November 29 for adoption of final addresses.

This is not an isolated matter because this same pattern of forgery and frame up of innocent persons are replicated right across the length and breath of Nigeria. The hierarchy of the police are also insensitive to the plight of innocent persons arrested by the operatives right under their nose. What then is the duty of the police if one may ask. From the Police Act we will learn the exact functions of the police but which unfortunately the operatives are undermining.

“The police shall be employed for the prevention and detection of crime, the apprehension of offenders, the preservation of law and order, the protection of life and property and the due enforcement of all laws and regulations with which they are directly charged, and shall perform such military duties within or without Nigeria as may be required by them by, or under the authority of, this or any other Act”.

The aforementioned provision is the fundamental duty of the police in Nigeria but what do we see now all over the place are cases of professional compromise and pure armed robbery by lots of rogue police. So why is the Inspector General of Police Ibrahim Kpotum Idriss more concerned about sounding defensive rather than activate effective internal but transparent mechanisms for fishing out all the rogue elephants embeded in the Nigeria police force? Your response is as good as mine.