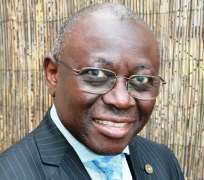 It is not unusual to see many Nigerian politicians embark on wild goose chase when their roof is on fire. That’s the case of the recent outburst of the Governor of Kaduna State, Nasir El-Rufai, on the issue of restructuring.

After living in denial for so long, in one breath, he addressed the need for restructuring as the only solution to peace and the unity of Nigeria and in the other, he inferred that those who are agitating for reform are disgruntled and misguided. This I consider disingenuous, demeaning, insulting, insensitive and dangerous.

Mallam El-Rufai must realize that southern Nigeria, especially the Yorubas, who have been at the forefront for the clamor to restructure Nigeria believe in the rule of law and non-violent strategies as a means of resolving the Nigerian everlasting impasse.

However, if the rule of law does not bend towards justice and equity, then non-cooperation with the rule of law is as good as non-cooperation with bad government policies, evil intentions and imposition of a bad and cruel unitary system of government which gives undue privileges to a section of the country and moreover counter-productive to the democratic dispensation form of governance.

The governor must also accept that the call for restructuring has long been ignored for far too long because it benefits only a section of the country. Therefore, the governor’s opinion that the recent unproved attacks against Northerners in the South-East and South-South of Nigeria pose an existential threat to the entire country.

I believe this is hypocrisy of the highest order! Where was Gov El-Rufai when the Fulani herdsmen killed and terrorized many southern village farmers? Or when the Northern Youth issued a quit notice to the Igbos? There were no acceptable and genuine efforts to stand against the barbaric actions and unacceptable behavior of the Northerners. The leadership instead, suggested the imposition of grazing lands across the country as a solution to the barbaric violent actions of the Fulani herdsmen, is this justice? Where is the fairness, where is the sense of one Nigeria, where are the fair and balanced law and order?

In a true federalism, this should never happen but in a country like Nigeria with a unitary system, these imbalance incursions and denial and abuse of citizen’s right is a common occurrence. It gives undue privilege to one group over the other through the extreme power of the imposed military unitary system which must be eradicated.

Recently, Kaduna State discovered mineral resources such as Gold and Nickels of significant proportion, the amount enough to transform any economy in the world. Suddenly, the north has developed a sudden wisdom to understand that the resources of the state should be managed and controlled by the state. Why has that not happened in the South? The answer is the northern control and unitary privilege.

Today, the Nigeria law is under assault, it is unjust, cruel, and insensitive to the development and aspirations of reformists in every part of the country and conscientious Nigerians around the world.

The urgency of reform is now. It can no longer wait or take the tranquilizer drug of gradualism. Those benefiting from the status-quo will prefer to wait indefinitely but Nigerians must not wait, we must act with urgency and redeem Nigeria from the current imbalance and possible disintegration if we fail to act now.