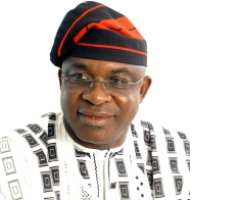 'Specifically, recent revenue developments indicate significant shortfalls in both oil and non-oil revenue, which may well continue for the rest of the fiscal year, with adverse implication for the financing of the budget.'

He said, 'Given the recent drop in international oil prices from over US$80 per barrel to under US$70 per barrel, it is prudent to revise the oil benchmark price to a more realistic level.'

President Jonathan said there is the need to revise the expenditure projection in the budget. 'It is necessary to revise downwards the aggregate level of expenditure from N4.6 trillion approved in the 2010 Appropriation Act and adjust the budget details accordingly.'