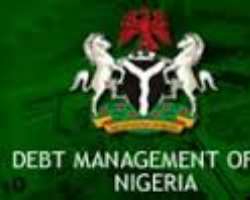 Lagos – In what experts described as a worrisome development, Nigeria’s total domestic and foreign debt stocks as at June 30 stood at about $15.05 billion and N14.06 trillion, respectively, or N19.52 trillion, the National Bureau of Statistics (NBS) said on Tuesday.

Out of the current total figure of $15.047 billion, the Federal Government accounts for $11.106 billion, or about 74 percent, while the 36 states of the federation and the Federal Capital Territory (FCT) owe about $3.94 billion, or 26 percent.

The NBS gave further disaggregation of the country’s foreign debt to include $9.67 billion as multilateral debt; $218.25 million as bilateral (AFD) and $5.15 billion from the Exim Bank of China credit to the Federal Government.

Details of the debt figures show that the domestic debts figures of the 36 states of the federation and the FCT have continued to grow since 2015 under the present administration.

According to the statistics agency, out of the total of N14.017 trillion national debt stock, the Federal Government accounts for about N11.058 trillion, or 78.66 percent, against about N2.959 trillion, or 21.34 percent by all the states and the FCT.

Further breakdown of the Federal Government domestic debt stock by instruments shows that about N7.56 trillion, or 68.41 percent were in bonds; N3.28 trillion, or 29.64 percent in treasury bills, while N215.99 million, or 1.95 percent went into treasury bonds.

Although the NBS did not provide the Federal Government domestic debt figures for 2015, figures obtained from the Debt Management Office (DMO) website on Tuesday showed that total domestic debt by instruments as at December 2015 stood at N8.836 trillion.

On the domestic front, Lagos again took the lead, with the highest domestic debt profile among its colleagues and the FCT, accounting for about 10.39 percent of the total figure, followed by Delta (8.04 percent), Akwa Ibom (5.18 percent), FCT (5.09 percent) and Osun (4.90 percent).

In a text message to INDEPENDENT, Cyril Ampka, and Abuja-based economist, described the country’s debt profile as worrisome.

“This is worrisome at a time like this when the country was trying to consolidate on its gains from recovering from economic recession”.

Rasheed Alao, Head of Department of Economics, Adeyemi University of Education, Ondo, was not surprised at the development as, according to him, “It has become a routine to borrow locally and internationally”.