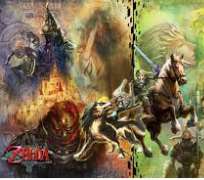 It may or it may not surprise you that the first place in the universe to witness an eruption of violence was heaven. This was when one of God's archangels decided to take on the Almighty in an armed confrontation. The name of this archangel was Lucifer. His plan was to overthrow God and then become the Almighty. In Isaiah 14 verses 12, 13 and 14, we read, ''How you are fallen from heaven, O Lucifer, son of the morning! How you are cut down to the ground, You who weakened the nations! For you have said in your heart; 'I will ascend into heaven, I will exalt my throne above the stars of God; I will also sit on the mount of the congregation, On the farthest sides of the north; I will ascend above the heights of the clouds, I will be like the Most High.'

We may never know why a creature would arrive at the conclusion that he could overpower his Creator. The chances were that all right-thinking, sane angels in heaven at the time must have known that Lucifer and his co-conspirators were embarking on a mad venture.

The rebellious archangel and his sympathisers were subsequently thrown out of heaven. Revelation 12 verses 7 and 8 state, 'And war broke out in heaven; Michael and his angels fought with the dragon; and the dragon and his angels fought, but they did not prevail, nor was a place found for them in heaven any longer.' This explains the presence of these fallen spirits everywhere in the universe except heaven. These are the entities called evil spirits. These spirits are in a state of angry shock because they lost their place in heaven. They are therefore out to steal, to kill and to destroy. Spiritual violence can therefore be described as violence perpetrated by spirits. Every single act of physical violence on earth today has spiritual roots, believe it or not.

It was long after the fall of Lucifer ( now known as Satan) that man came on the scene. The plan of God was for man to rule God's Creation on God's behalf. This was the job that Satan had always wanted. In Psalm 8, verses 3, 4, 5 and 6 declare, 'When I consider Your heavens, the work of Your fingers, The moon and the stars, which You have ordained, What is man that You are mindful of him, And the son of man that You visit him? For You have made him a little lower than the angels, And You have crowned him with glory and honour. You have made him to have dominion over the works of Your hands; You have put all things under his feet.'

Man was a special creation. He was tripartite by nature, that is, he was spirit, soul and body. Man is a spirit who lives in a body and has a soul. Even though he was called a living soul at Creation, he was supposed to be ruled by his spirit through living under the Word of God ( the instruction given to Adam by God). However, the soul took over and the human spirit fell into darkness. Consider Genesis 3 verse 6:
'So when the woman saw that the tree was good for food (she reasoned, that is, she concluded in her mind), that it was pleasant to the eyes, and a tree desirable to make one wise (she fell in love with the tree, that is, her emotion was now involved), she took of its fruit and ate (she decided to eat, that is, her will was activated). She also gave to her husband with her, and he ate.'

You will notice that after the fall of man, he was no longer referred to as a living soul. He was now referred to as flesh. In Genesis 6 verses 12 and 13, we read, 'So God looked upon the earth, and indeed it was corrupt; for all flesh had corrupted their way on the earth. And God said to Noah, ''The end of all flesh has come before Me, for the earth is filled with violence through them; and behold, I will destroy them with the earth.'' The flesh can therefore be described as the product of the unholy alliance between the compromised human soul and the human body. Satan now had man where he wanted him, that is, as flesh. Now that man had become flesh, he was no match for the evil spirits in any confrontation. This was why human beings have been kicked around like football by evil spirits since the fall of man. There can be no doubt that flesh versus spirit is no contest. For a fight to be fair, it has to be spirit versus spirit. Think of what a fallen human race has been through since that terrible compromise by the first human couple.

These fallen spirits hate humans with passion because they knew that humans were brought about in the first place to take the jobs they wanted and to mess them up. Truly, if man had not fallen, evil spirits would have become football to the human race.

The Lord Jesus Himself talked about spiritual violence in Matthew 11 where He says that the kingdom of heaven suffers violence and that only the violent can take it by force. In order therefore not to become prey to Satan and his evil spirits, one needs to be spiritually violent, especially at these times when the human race is under renewed attacks from the kingdom of darkness. Evil spirits and their human accomplices have succeeded in unleashing hell on several societies around the world. That is why we daily hear of gruesome murders, ritual killings, kidnappings, armed robberies, incidents, accidents and other terrible happenings. You must be spiritually violent to be able to stand up to these evils.

Visit my blog on beulalandblog.blogspot.com