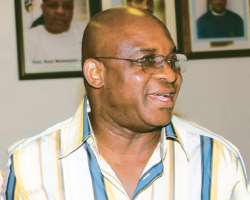 President of the Senate, Senator David Mark.
Investigations by the Senate Committee on Aviation into the status of indebtedness to the Federal Airports Authority of Nigeria have revealed that most of its concessions operate under invalid agreements.

The committee also unveiled inconsistencies in the report submitted to it by FAAN on the list of debtors.

FAAN told the committee penultimate week that it was being owed well over N10bn by some of its concessionaires, following their failure to remit revenues collected on its behalf.

It also blamed the development for its inability to execute some of its projects, particularly the provision of basic infrastructure in the ports.

Some of the concessionaires have denied the allegations, insisting that FAAN was the one owing them.

Our correspondent, however, gathered that about 60 per cent of the concessions in the oil sector were operating without valid agreements.

A source close to the committee told our correspondent that some of the agreements had expired 29 years ago without undergoing review.

He said, 'The worst hit is the oil and gas concessions where it was discovered that about 60 per cent of the known concessions lacked valid agreements. FAAN has 88 concessionaires.

'In fact, the major problem militating against the agency, which allegedly has over N10bn debt burden is lack of standardisation of terms and conditions in cases where concession agreements exist.

'This has created room for revenue losses estimated at over N20bn till date and more than N5bn annually.'

The source noted that the committee was being inundated by submissions from some of the concessionaries, indicating that officials of the FAAN were seeking ways to force a policy somersault where they would be directly involved in the collection of revenues rather than the use of concessionaires.

FAAN's Managing Director, Mr. Richard Aiseibeogun, had told the committee that one of the concessionaires, Pan Express, was breached after it failed to remit about N582m which it collected on behalf of FAAN.

He also noted that although the company was paying N60 million to it during the year of operation, FAAN by direct collection, had collected N104 million since the take over.

Chairman of the committee, Senator Anyim Ude, when asked to give some update on the committee's investigations, said it would make its findings known to the Senate.

He said the committee was given three weeks to submit its report, noting that concessionaries' indebtedness to FAAN and the issue of operating agreements were part of the investigations.

General Manager, Public Affairs of FAAN, Mr. Akin Olukunle, told our correspondent in his response on Monday in a telephone interview that it was not possible for the concessions to be operated without valid agreements.

He said FAAN had commenced series of meetings with the concessionaires and was not certain of the current status of the agreement.

'I will confer with the Managing Director and I will get back to you once I get the facts about the current status of the negotiations,' he said.