Delta Approves Implementation Of Scheme Of Service For Own Tertiary Institutions 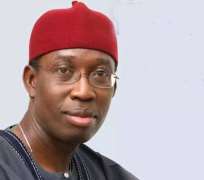 The Delta State Government has said that the approval of the implementation of scheme of service for state polytechnics and colleges of education with effect from July 1, 2017 is to enhance the welfare of the workers of the institutions.

Briefing journalists in Asaba after the State Executive Council meeting held on Tuesday where the decision was made, the state Commissioner for Information, Mr. Patrick Ukah, said that the scheme of service was approved as the minimum working document in the state polytechnics and colleges of education and it shall be adapted for use in line with state policies, adding that the full package will be made public in due course.

Mr. Ukah further stated that the meeting approved the amendment of the declaration regulating succession to the stool of Ovie of Okparabe kingdom, with a view to transmitting an Executive Bill to the State House of Assembly for passage into law.