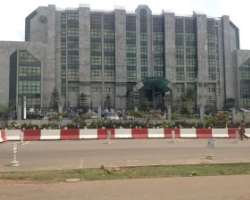 Special Adviser to the President on Justice Reforms, Mrs Juliet Ibekaku-Nwagwu, has restated the commitment of the Federal Government to ending secret company ownership in Nigeria, as part of the anti-corruption mantra under the Open Government Partnership (OGP) by opening a publicly accessible beneficial ownership register.

Speaking at the review meeting on Beneficial Ownership Transparency, held at the Federal Ministry of Justice on Wednesday, she said: “These efforts are expected to bring an end to situations where individuals and entities, especially politically exposed persons(PEPs) mask their identities, while retaining and controlling powers over companies, corporations and assets.

As the National Coordinator of Open Government Partnership, she also outlined how such efforts can complement other anti-corruption efforts of the current administration, saying that the Nigerian government is willing to establish a public beneficial ownership register “which is already receiving a boost.”

According to her, “Beneficial ownership transparency is the sixth commitment in the National Action Plan of the Open Government Partnership. It is critical to ongoing efforts to trace, recover and repatriate stolen assets and disrupt illicit financial flows. By the time the beneficial ownership register is made public, there will be no hiding place for those who wish to conceal 'dirty' money.”

The representative of the Corporate Affairs Commission (CAC), Alhaji Garuba Abubakar, in his brief remark, confirmed that “government has commenced the initial procedures for the review of the Company and Allied Matters Act 1990 as amended to ensure that beneficial ownership information become part of the data required to be disclosed by every company.”

He recalled that the Nigerian Extractive Industries Transparency Initiative (NEITI) had, earlier in the year, unfolded a beneficial ownership transparency roadmap in the extractive industry.

According to the Executive Secretary of NEITI, while contributing to the debate, Mr Waziri Adio who was represented by Dr. Ogbonaya Orji, Director of Communications, pointed out that: “The National Stakeholders Working Group(NSWG) of NEITI is determined to use activities in the roadmap to push the boundaries of implementation of transparency and accountability in the extractive industries in Nigeria”. He added that this is in line with the ongoing reforms in the extractive industry and “we are working with all relevant stakeholders in the industry including civil society.”

However, the meeting which held under the auspices of the Open Government Partnership (OGP), had in attendance the representatives of the Nigerian Extractive Industries Transparency Initiative (NEITI), the Corporate Affairs Commission (CAC) and the Federal Ministry of Justice, amongst others.

Recall that on the 24th of August this year, President Muhammadu Buhari signed a Mutual Legal Assistance Treaty(MLA) on commercial and criminal matters between Nigeria and United Arab Emirates which includes the speedy recovery and repatriation of stolen assets which may be stashed away by unscrupulous elements in that country.

It is however expected that the implementation of beneficial ownership transparency will lead to a reasonable reduction of reputational risks that Nigeria is currently facing in terms of attracting the much needed capital that will help revamp the economy.