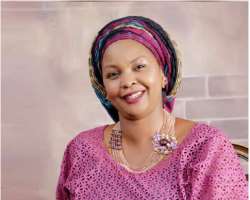 No one understands affirmative actions like folks in diaspora, for witnessing and participating in various underprivileged – immigrant – alien – minority programs in an egalitarian society, where privileges freely made available and accessible in countries of residence, however, it may vary but from country to country. The fact remains, affirmative actions are widely and promptly addressed with dignity and respect. A handful of National Assembly members are beneficiaries of these promulgations from visiting, living and studying abroad.

Egoism factors are common with African men, thereby holding on - riding on, doing business as usual and covetous to act humanly towards to spouse, girls-child, widows, veterans, etc. dearly in need of affirmative action bill passed.

As a matter of fact, men are to have proposed and passed the bill while the women back them up. Invariably, would have earned their divergent respects from their significant other, daughters, grandchildren and international communities. Similarly, 35% women affirmative action remains indifferent from Diaspora Nigerians quest for Voting Right come 2019, now regarded as diasporas echoing hallucinations. Especially, if 35% Female Affirmative were handled disapprovingly. This is believably alarming that smaller countries in Africa vote Senegal, Mozambique, Chad,

Kenya, Guinea, Namibia, South Africa, etc. and the giant of Africa are lamenting to cast ballots as legit Nigerians despite wiring billions of dollars annually. If either of these bills is not passed proactively, now that the party is in the majority in both upper and lower house, when will such an opportunity to resurrect with a predetermined toughest contest in 2019. A shift from the center is envisaged, confirms that the game changers like diasporas are about to be used again in the fourth coming poll, regardless of senates recent decision on affirmative action is discriminatory, hence, sends another worrisome - negative message to women voters, at the time women are most needed to declare another victory in 2019. Very interesting bill proposers’, Senators: Binta Masi Garba, All Progressives Congress (APC), Adamawa, Biodun Olujumi, the Senate Deputy Minority Whip, and Rose Oko, Peoples Democratic Party (PDP), Cross River origins reasonably cuts across geo-ethnic groups and political lines, reason why the bill should be reconsidered not less than 90 days.

accordingly:
• The Senate unable to formidably declare support for the affirmative action in appointing

reasonable percentage of women into positions of governance.

• Unavoidably true, the same women are hired for campaigns to sing and dance for males.

Yet, not got in a fair share of governance activities.

• Surprisingly, legislators from the north nailed the bill and entwined it to religion

• Either of these are not moving us forward and regrettably we are not partners in progress.

Arabia has more women than the American Congress elective and appointive positions,

Dubai and elsewhere.
• Gazing through her house window for a minute with thoughts of remarks, compassionately

said, this is not leadership by example, moreover, there are competent women in waiting

to perform their individual and collective civic rights to teeming Nigerians in grand style.

Shook her head and paused a little. We are supposed to be partners in development. Wow!

One day, we will overcome slipped from her neatly.
Affirmative action debates are inevitably hovering all the nooks and canings of Nigeria. Its legal

reconsideration without hesitations. Supporters of Passing 35% Female Affirmative Bill and or

inform others likewise to do same. By so doing, it becomes most evidential to National Assembly

the world is watching and anxiously waiting for the passing of affirmative action bill. Passing the

Nigeria.
A well-known fact is nothing good comes easy, as such, diaspora, human rights organization,

stakeholders must team up, by engaging in workshops concerning racism, sexual assault, ritual

Believe it or not, a quarter of the world’s countries have some form of affirmative action dating to

25 years and beyond, however, Nigeria will not give in to petty treading of women’s rights, not in

this jet age.
Cutting across all sections in Nigeria, reason why the country is a slow pace comparable FastTrack

development, in a country with abundant women and material resources is be crowded by egoism

leaders. This is a disease in leadership bloodstreams, like a corroded pipe insignificantly to burst,

regardless of time. Give women, what they asked for, the 35% female affirmative action bill could

be negotiated but not negotiable anymore. Sign and circulate the petition immediately for the

senate’s reconsideration of the bill in 90 days.

in National Assembly. In good faith, for the incumbent government to accomplish its manifesto

to the latter, its significant to consider women in next appointive positions, while waiting on

National Assembly.
While waiting for the bill to be passed, it’s imperative for women to continue forming common

felt needs - cooperatives and mergers to contest. In furtherance to the, Arise! Nigerian women!

And teeming supporters, inculcate more of the following measures in reaching desired goals,

To ascribe our ultimate interest in this noble course, a letter in this regard is forwarded to National