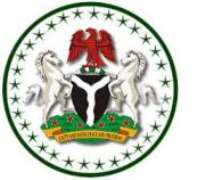 Institutions have been variously seen as systems of established social structure where human interactions and activities are predicated on a set of implicit or explicit rules that facilitates a smooth running of a social system. But where institutions are susceptible to an undue extraneous manipulation and influence, they become weak.

Unfortunately, in Nigeria public office holders are above these rules as the much touted’ rule of law’ only applies in theory. Also, institutions are diminished while their heads are elevated, thus producing powerful individuals and weak institutions. In recent past, not many knew about NAFDAC until Prof. Akinyuli came on board and EFCC lost its teeth after Ribadu and recently regained them with Magu; Nigerians also saw the election of PMB as a mandate against corruption.

While resource persons included past and present public office holders, others were eminent legal luminaries, all of whom have mandates to build and sustain strong institutions. Unfortunately, we have however seen how our laws are serially and flagrantly abused by leaders from those dark days of military dictatorship to the present era of civil rule where impunity and immunity are interchangeably displayed. For instance, we have seen how electoral processes are subverted to favour a particular leader and the way such illegalities are defended in courts by lawyers. They also exploit loopholes in the constitution to procure judgments in favour of their culpable clients, genuine cases are sometimes stalled by frivolous injunctions and subsequently struck out based on technicality. All these have unwittingly vitiated the potency of our legal system, thereby weakening that institution.

In Nigeria, it is mostly the poor and the ‘nobody’ that are often being jailed while the rich and the politically exposed people are rarely punished this way. Even when prosecuted, the courts are usually overwhelmed by the arrays of senior lawyers and dignitaries who go to defend and show solidarity with one of their own. It is often said here, that laws are made for the poor whereas the so called ‘big men’ break protocol and see themselves or want to be seen as being above the law.

Absence or weak institutions is first among factors militating against Nigeria’s and indeed Africa’s economic development, others may include ethnicity, illiteracy religion, greed, nepotism and despotism, all of which fester where public institutions are enervated. It is doubtful if a public official who disregards a simple traffic rule would be disciplined enough to eschew corruption.

What many do not know is that, there is an innate desire in every human to amass wealth, especially when exposed to state’s funds but such intensions are constrained by appropriate restrictive sanctions. Absence or none applications of these legislations would immanently spur up kleptomaniac spirits in those entrusted to manage treasuries.

This is why no African country made the list of 30 richest nations on earth. According to Global Finance Magazine 2017, oil-producing nations of Asian extraction dominated the first five positions on that list. This revelation has challenged those who hold the opinion that oil poses a bane on our economic progress.

Therefore, every economic development trajectory would to a greater extent depend on the strength of institutional frameworks and the political will of the leaders to subordinate themselves to the rule of law.