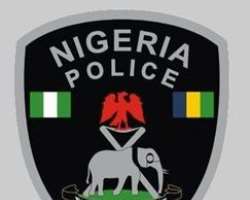 The Osun State Police Command has arraigned two men before a Magistrate Court in Osogbo, the State capital over alleged intent to commit felony.

Prosecutor Adekunle Bukola told the court that the accused persons with others at large on the 8th of March, 2017 at Ayekale area in Osogbo, climbed the fence of one Adekunle Ayodele with intent to commit offence.

Bukola explained that the offence committed contravened section 413 and section 509 of the Criminal Code Cap 34, volume II, Laws of Osun State of Nigeria, 2003.

When the charge was read to the accused persons, they however, pleaded not guilty to the one count charge preferred against them.

While praying the court for the bail of her clients, Barrister Adeyinka Dada, assured that the accused persons would not jump bail if granted.

Chief Magistrate Fatimah Sodamade in her ruling, granted the accused persons bail of N200,000 with one surety in like sum each and adjourned the case till September 9, 2017.