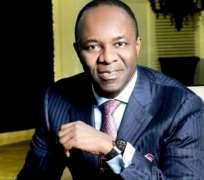 He snatched the lightning shaft from tyrant magnates and the scepter from industry titans, and by the time Dr. Emmanuel Ibe Kachikwu was done with his brief as Group Managing Director (GMD), Nigeria National Petroleum Corporation (NNPC), he had virtually revitalised and sanitised the oil sector.

There is no gainsaying Kachikwu’s gallant strides in the NNPC. By sticking to his principles and elevating the culture of due process, he stepped on a lot of toes. It would be recalled that he incurred the ire of the infamous oil cabal at the inception of his administration. Many staff of NNPC were unhappy with the great changes he made in the NNPC.

Interestingly, however, the Minister of State for Petroleum Resources, Dr. Ibe Kachikwu has disagreed with the Nigerian National Petroleum Corporation (NNPC) on the actual cost of producing a barrel of crude oil in Nigeria.

Speaking at the recent conference of the Association of Energy Correspondents of Nigeria (NAEC) held in Lagos, Kachikwu said the cost of crude oil production was $32 per barrel in the country, adding that foreign direct investment flows into the country at a very high cost.

“In Nigeria today, the situation is such that foreign direct investment flows into the country are at high cost. An example is the high cost of production of oil at $32 per barrel,” Kachikwu added.

But the Group General Manager in charge of National Petroleum Investment Management Services (NAPIMS), a subsidiary of NNPC, Mr. Dafe Sejebor had stated in an earlier statement endorsed by the spokesman of the corporation, Mr. Ndu Ughamadu that the state-run oil firm had driven down the cost of crude oil production from $78 dollars per barrel as at August 2015 to $23 per barrel, representing 70.5 per cent reduction.

Inaugurating the Anti-Corruption Committee of the NAPIMS, Sejebor said NAPIMS saved $3 billion for the country by reducing the cost of crude oil production from $78 per barrel to $23 per barrel.

“If you knock down your cost of production from $78 per barrel to $23, take the difference and multiply by the average daily production, you will discover that we are saving a minimum of $3 billion in the upstream for both Production Sharing Contracts (PSCs) and Joint Ventures (JVs)”, he added.

Another area of disagreement between the petroleum minister and the state-run oil firm is the government’s targeted of cost of production.

While Kachikwu has also stated that the country’s target is to reduce cost of production to $15 per barrel, Sejebor had said the target was to drive down cost to between $17 and $19 per barrel.

“Initiatives to reduce the cost of production of crude oil to $15 per barrel are ongoing. Initial consultations with stakeholders have held and cost drivers have been identified. The outcome of this initiative would be a win-win for investors and the nation,” Kachikwu said.

But Sejebor disclosed that the target was to bring the cost of production to between $17 and $19 for onshore and offshore production, respectively. Kachikwu also noted that for the past 10 years, the passage of the Petroleum Industry Bill (PIB) was an issue.

He added that this present administration has succeeded where previous administrations have not, given the passage of the Petroleum Industry Governance Bill (PIGB) by the Senate.

According to him, the Ministry of Petroleum Resources is working with the House of Representatives to pass both the PIGB and the Fiscal Bill at the lower chamber. Kachikwu stated that the PIGB would provide for a single regulator in Nigeria’s oil and gas sector, stressing that in other countries where oil revenues have been of homogenous benefits, a single regulator exists.

“A single regulator provides a one-stop shop for investors; it removes duplicate procedures and its associated costs and therefore, attracts foreign direct investments in the nation’s oil and gas sector,” Kachikwu added. -ThisDay