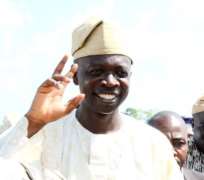 As Nigeria joins the global world to mark the International Youths Day, a member of Osun State House of Assembly, Mr Olatunbosun Oyintiloye has urged Nigerian youths to engage in activities that would promote peace, progress and unity of the country.

Speaking with journalists in Osogbo, capital of Osun State on the commemoration of the 2017 International Youth Day, Oyintiloye described the youths as vital factor in attaining growth and

development.
He said the challenges confronting the nation require urgent solution, stressing that the unity of the country should not be negotiated.

He called on the Youths to avoid utterances, actions and activities capable of building tension and lead the country to crisis.

He said the agitation by some group of youths on the secession of some states from Nigeria was unnecessary, adding that youths should work towards one united Nigerian.

Oyintiloye who is representing Obokun State Constituency on the platform of the All Progressive Congress urged the youths not to dissipate their energy on issues capable of causing disunity in the country.

The lawmaker said that political space has room for active participation of youths and urged them to take advantage of this opportunity and generate out of the box idea for positive growth.