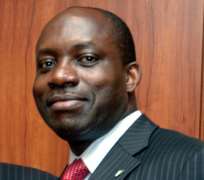 Addressing journalists in Enugu, he declared: “We have formed an interim government that will be in place till the next 30 days.

“The interim government will take off tomorrow, August 1 and last till August 31, 2017, that is 30 days. America is behind the Biafra people because former President Barack Obama already endorsed Biafra before he left office and President Donald Trump will not go against it considering that it has formed part of America’s foreign policy.”

Onwuka equally announced that Israelis would hold the positions of Defence, Agriculture, Internal Affairs, Inspector General of Police and Air Force, adding that they would also take 25 percent of the civil service job in Biafra.

“Same goes for America; their companies will be in control of our oil industry. This is to reward them for what Obama did for us. Obama saved us even when we were in detention. They already passed death sentence on us even without our knowledge, but Obama’s intervention saved us.”

He called for full mobilisation of “Biafra security forces”, stressing: “All our security personnel in the Army, Police, Air Force, Nazi and others are hereby called upon to withdraw from Nigeria and join the Biafra government.

“I am also calling on the Avengers, the militants to come out from the creeks and join us to defend and protect Biafra. I’m beckoning on Asari Dokubo, Tompolo, Ateke Tom to come out and join us. I am calling on all our boys in Biafraland to come out. I’m not afraid, the US is with us.”

Onwuka equally slammed the Federal High Court sitting in Owerri, the Imo State capital, for allegedly refusing to free 10 of his members who were granted bail by the same court. – News Express