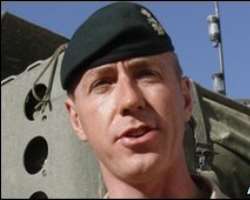 The commander of Canada's forces in Afghanistan has been dismissed following allegations of an inappropriate personal relationship.

A senior Canadian military official said allegations against General Daniel Menard were being investigated. He gave no details.

The military said the dismissal would not affect its mission in Afghanistan.

Most of Canada's 2,800 troops in the country are based in the south, where Nato has been fighting the Taliban.

A major campaign is planned in the Kandahar area in the coming months. General Menard was in charge of Nato's Task Force Kandahar.

On Tuesday, he pleaded guilty at a court-martial to accidentally firing his weapon at Kandahar Air Field in March.

He will be replaced by General Dean Milner.