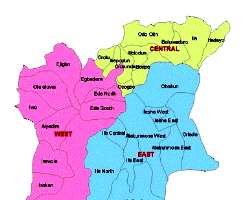 In their trails, comes a crescendo of cloudy dalliance of deliquescent dusts, fouling up our land with its attendant miseries. Yes, miseries of monumental proportions. The psyche of our people were pulverized. Their self respect ripped into ravels. Their dignity mutated into unbearable opprobrium. Their hopes hopped into holes. Their aspirations, discounted.

It has been a season of anomie. It has been a season of sadness all-round. Misery walked our streets in adumbrated regalia of progressivism. Deceit, deception and duplicity became a fundamental official forms of functionality. "Ònà baba ònà" became the metaphor for the unmitigated flogging of our people. It metaphorically encapsulated the destruction of our children's education.

Our social milieu became contaminated. Our religious harmony driven into dissonance. Unnecessary tension was generated by a three-quarter-long trouser wearing fundamentalist who sees himself as all knowing. He is stubborn, incorrigible, adamant and recalcitrant. He is obnoxiously arrogant, fatuously foppish and crudely condescending. All these on questionable vision and amoebic ideas that have done more damage to our State, our people and our future.

A man died for the inability to afford a N450.00 medication for asthma because he did not get paid his wages. Teachers were dropping dead in front of their students as a result of hunger deriving from lack of wages. Yet, this confused anchor of misery, called Governor, gallivant all over, revelling in odious glory of white elephant projects dressed in the garb of "educational infrastructure developments." A convenient conveyor cincture to loot our state and impoverish our land, our children and our future.

Calling himself an Awoist, a monumental, awe-inspiring, grand insult and blasphemy to the memory of the Great Sage, Obafemi Awolowo, he looked the other way as Ladoke Akintola University of Technology (LAUTECH) was closed down, showing no concern or any sense of urgency whatsoever. Along with the obnoxious Apostle of "Constituted Authority," they allow our children to wallow in unmitigated frustration and irritation.

When Aregbesola assumed office as the Governor of Osun State, the performance of our children at WAEC/NECO examination came up as 9th out of 36 states. Today, our State, our children, are at the rung of the ladder in 29th position. Yet, he shamelessly claims that Education in Osun State has improved under him. Unless you're gifted with a vacuous intellect, or a perfect study in concentrated sadism, failures such as this could not, under any circumstance, be equated with success or progress.

Deprived of appropriate and proportional sense of History, he blew across our land, our State, our milieu, like wrathful whirlwind sweeping down everything precious to us. He destroyed great schools with great traditions and tantalizing trajectories. He turned our schools into caricatures. Our schools, our children and our future became a laughing stock.

Our children now walk the streets and are losing interest in schooling. The teachers have lost motivation in teaching and failures have evidently ensued. Civil servants have been turned into beggars, their dignity driven down the drain. Pensioners who worked all their lives, tired, fatigued and exhausted were treated as goats, repeatedly humiliated. Many of them have died of curable illnesses as a result of non-payment of their entitlements.

Yet, all the Bourdillon sponsored contractors are reportedly getting paid. They take our money to Lagos while our people are dying of hunger. Aregbesola flaunts constructed roads as his "great achievement," but he forgot that good roads could only be useful for the living not those pummeled to death by hunger resulting from lack of wages.

In their hang-outs in Lagos, in their revelries, where they spend all the money scooped from our treasury, our State, our people, our children, they flagrantly and blatantly exude odious and reeking arrogance. In their debauchery, they engage in twisted temerity, offensive effrontery, damning audacity and abhorrent boldness to make jest of our people and our children, referring to our State as "Osungo"! (Osun State is foolish or Osun People are foolish).