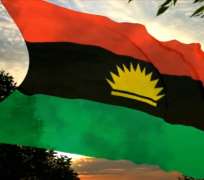 Arewa, IPOB and Odua are used to distract us from wrestling market from foreigners! Years ago one would think that Nigeria would be unknown in St. Louis Missouri as world’s biggest market until one guy found out this African. Surprised that some indigenes would leave that market: he saw Nigeria as a great place to make money as long as you could hold your nose. The corruption stunk to high heavens but too good to quit while making stupendous profit: except as Nigerian.

Use Odua, Arewa and IPOB sponsored by oil income looters to fight for bone . Nigeria, endowed with natural resources and arable land can train for most of the skills imported. More important is almost 200 million population. They are sophisticated consumers, encouraged by forex, have demonstrated appetite or taste for goods dumped by America, Europe and Asia at the expense of Aba-made. It is ironic that many statistics point to 80% that live on less than U.S $2.00 a day.

Even if that number is undisputed, we are talking about 40 million people or more that can live above poverty line. It’s a large number of people bigger than many countries in Americas and Europe. The fact is, most Nigerian companies and contractors patronize international goods and services. Foreign corporations cultured our market demands and rightfully gear products to our consumers where they make easier profit than in most countries in the world; while we fight.

Chief M. K. O Abiola had the sole monopoly on landline phones contract in those days. The car owners at that time remember how many roads, that were not even big enough or adequate, were damaged because “Slow Men At Work” were laying telephone lines. Bola Ige once bust the bubble of the rich with their 090 lines while market women in Benin Republic possessed new generation smart phones that worked better and cheaper than their cell and landlines.

No matter how expensive the product, it will sell in Nigeria. Cement is another example. Our friend Dangote and a few got monopoly to import cement and Nigerians were buying it at any price because even the working class want a little house in their villages. Regardless of the 80% below poverty line standard, high priced cement are always on demand. There are promises to bring the price of cement down but high demand has not allowed price gougers to relent.

We have everything as resources needed to construct roads from asphalt, bitumen and cement made of natural materials such as limestone, clay and sand that are available locally. However, it is more lucrative for contractors, foreign partners and cronies to import. In a country where terracotta and iron are as ancient as our culture, we would expect development in those areas. We have Tryctors, Innoson cars but still need Okrika-Ijebu-made big tractors copied or adapted.

These are so many opportunities missed by MEND, Odua, IPOB and Arewa entrepreneurs trying to break out in MUMU Market. Again, Eko Atlantic is one of the biggest projects in the Country, necessary or not. You can imagine how many engineers, ironworkers, entrepreneurs, managers, carpenters etc. our colleges and universities could have trained, just as in Ajaokuta could have partnered as practical to provide the needed skills imported by the grace of looters into Nigeria.

This was how easy a company like Enron succeeded in African mumu markets only to run off with our foreign reserves and declare bankruptcy. Politicians do the same with world or African businesses trying to establish as executives of Virgin Airlines and S. African telephone Econet exposed in London. The kickbacks our politicians want for contributing nothing is outrageous!

It is wicked to claim that our politicians, their cronies and partners, both local and foreign do not have the intelligence it takes to put whatever was needed together. These are the same people employed in foreign countries where they perfect their skill knowing the consequence of messing up. As soon as they arrived at home: selfishness, hedonism and greed take over.

They develop nostalgia for the foreign countries they left. It is either they build a grand mansion at home they could not afford there or steal to buy many in their foreign country! Looters call on foreign partners into the biggest mumu market in Africa rather than create markets for local and indigenous contractors, companies and businesses. Their only condition: how big kickbacks going to their foreign accounts are; a little sponsor MEND/IPOB/OPC/Boko Haram to cover up.

Arewa, IPOB and MEND hold your politicians feet to fire. These people are so selfish, they are willing to frustrate the development of your states than decrease the asking price of their own kickback. Imagine, if Virgin Airline cannot do business in Nigeria, you know how rotten it is. Only companies like Enron that knew they were not going to deliver or Russian companies that could not complete Ajaokuta Steel until it became outdated could compete in African mumu market.

Does anyone seriously believe most of us live within minimum wage? We all find other means to support our meagre earnings. Even honest hard working class subsidized minimum wage with a second earning from wives and children trading on the streets. Nobody works harder than these Nigerians from dawn to dusk. You will see their children running after buyers in the stalling traffics. Every member of a family always contribute a piece and support one another.

Arewa, Odua and IPOB please demand our market share. It is difficult for law enforcement to curb crime alone, there must be productive avenues for militia youths to proper. Problem must be solved at the source of smoke and fire. The source of the money to spend conspicuously like the looters at the tops can be seen reflected within the 419s, drug peddlers, organ parts sellers, slave traders in Arabs and Asian countries, Badoo and kidnappers at home gaining notorieties.

Nigerian small businesses are competing with Kentucky Chicken, Burger King, McDonalds just as they face competition in Asia from locals adapting their brands. If what it takes to wrestle and wean our taste away from foreign dumping is to adapt, copy, replicate and manufacture their products as India and China have done, so be it. Our mechanics make Royce Royse out of Volks!