THE PROBLEM WITH THE NIGERIAN 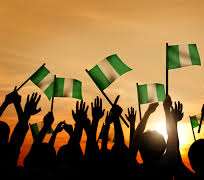 He mounts an Okada and urges the rider to break all laws imaginable. He insults any man who dares to complain about the manner such dangerous bike rides poses to his life and limb.

He ignores all radio jingles and gleefully dumps huge piles of solid waste in drains, floods and dry roads! He heaps insults on your person if you dare correct him yet complaints when his house is flooded.

Don't excuse him on the altar of illiteracy for as a doctor, you know that he would snub free professional counsel to prevent kidney failure but readily go on national tv to scrounge for alms for kidney transplant the moment his kidneys pack up!

He gets to the hospital but rather than queue up, accuses the doctor of bribery if asked to join the queue.

You alert him about the quack in the neighborhood and he says you try to run down your colleague to your advantage. Yet, as soon as his body is damaged, he goes on national radio to say all doctors are incompetent. He accuses Nigerian medical schools of churning out half baked doctors!

He refuses to understand that not all who claim to be doctors are doctors. He fails to see how he personally sabotaged the fight against medical quackery. He is simply incapable of seeing the connection.

He gets to the hospital and insists that the busy doctor must leave an emergency to attend to his "craw craw". He sees blood gushing out of the vessels of the patient at hand but lacks compassion as he insults the doctor!

He readily obeys British laws while on the sreeets of London but the moment he lands at the Lagos airport, he dons an air of importance which he feels entitles him to place himself above the law.

He or she, as a nurse, calls you to attend to fresh gonorrhoea at 5am knowing fully well that you have solely been covering an entire general hospital on call duty for at least 24 hours. She knows call duties are for emergencies and that the patient should wait for the morning clinic. How can only you possibly run a full outpatient clinic in addition to call duties right into the dead of the night?! Or has she been bribed?

You turn yourself into an electronic expert, utilising your nights on calls to repair every imaginable hospital gadget but noone seems to notice! Perhaps you are unknowingly frustrating someone's efforts to collect new equipment from the stores and steal the serviceable ones you repair!

I listened to the Lagos Commissioner of Police on radio this morning and for once, reasoned with him as I recalled my own frustrations and exasperations as I dealt with Nigerians as a government medical officer.

You are as likely to be vilified as a medical workhorse as when docile...if not more so.

All it requires is an insecure superior who sees you as a threat and frustrates your efforts!

The list is endless....
Dr Tosin Akindele is currently writing his biography, The Tragedy of Truth. He is a medical practitioner and public affairs analyst.