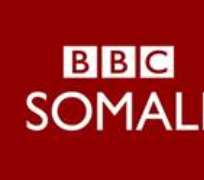 BBC Somali launched on the 18th July 1957, and now reaches Somali-speaking audiences around the world on TV, online, social media and on radio, where the service began.

This will culminate in an event on the day of the 60th Anniversary (Tuesday 18thJuly) in Hargeisa to announce the winner of BBC Somali’s first ever Young Female Poet of The Year Award . Listeners will hear the winning poem as well as special features from the event.