Apapa GRA residents: ‘We are at the mercy of people crossing into our estate from Ajegunle’ 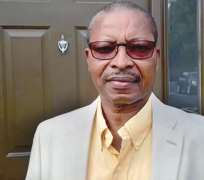 Apapa GRA was built to be home to the rich and affluent. However, a visit to the estate has revealed empty houses and abandoned palatial structures. TOLA ADENUBI told the story of opulence not desired.

APAPA town, home to Nigeria’s busiest seaports, has witnessed tremendous changes since the ports were concessioned in 2006. For many that grew up in Apapa, the port administrative changes that affected their daily lives have been difficult to come to terms with.

The Federal Government ports reform, though a laudable effort that has helped in transforming the nation’s economy, has forced many to abandon their homes simply because activities in Apapa have increased on three fronts: volume of haulage, oil lifting and search for the Golden Fleece by nearby slum residents.

Nation’s gain, residents’ pain
The residential part of Apapa is right inside the Apapa Government Residential Area (GRA) and the activities of the estate are regulated and administered through the Apapa GRA Residents Association (AGRA).

The estate, aside from its lush vegetation which adorns most streets and houses, lacks everything such an area should have in terms of security, accessibility and beauty. To the residents, the gain of the country from the ports reform has been their own doom.

From Ibadan Street to Olorogun Ibru Way, down to Ladipo Oluwole Street, Oduduwa Road, Sola Ayo-Vaughan Street and Marine Road, many of the houses are empty; their residents have run away from the ‘dreaded’ lifestyle the ports reform of 2006 has unleashed on them.

The chairman of AGRA, Brigadier General Sola Ayo-Vaughan (rtd), in a chat with Saturday Tribune, said the association was formed to preserve the estate and make it comparable to others like Ikoyi and Ikeja.

The invasion
Ayo-Vaughan said, “Activities from Ajegunle, a community separated from the Apapa GRA by a canal, have spread to the estate as people cross the canal from that community to sell on our streets.

“Young men from Ajegunle ride commercial motorcycles (okada) at neck-breaking speed on our roads and streets, thereby denying us the serenity that comes with the status of a GRA. If you are driving and they hit you, they will gather to beat you up. You dare not confront them for any reason; they will immediately come together to beat you up.

“We have reported them to the police but the police told us that since our area is a GRA, we should handle them ourselves. In 2013, we took Lagos State to court, asking the court to force it to implement all the statutory laws governing Apapa GRA. The verdict was given in 2014. We won. However, Lagos State is yet to carry out the court judgement.

“Bridges were erected across the canals, and before we knew it, they had started trooping into our estate to go into the ports. Some of their women have erected shops on our streets to sell their wares. We have complained to the police, but nothing has been done. Apapa GRA has become a thoroughfare for these people.

“The mass movement of these people from Ajegunle has also affected us security-wise. Some of our members have abandoned their homes after being robbed once or twice. For those whose houses are backed by the canal, it has been a nightmare. Hoodlums from Ajegunle easily rob them of their possessions and simply cross the canal back to Ajegunle.”

Truckers’ menace
The retired military officer said it wasn’t only the clandestine activities across the canal that forced many landlords to abandon their properties. “With increased activities at the ports, following the 2006 ports reform, more articulated vehicles have called at the ports, thereby forcing many residents to sleep outside or on the roads. Before 2006, we could count the trucks that visited the ports, and they all parked inside the ports. However, after the ports were concessioned, the trucks now parked on the roads and the Marine Bridge.

“The trucks are now more in number, and they have turned the bridges to their parking space, thereby forcing our children to sleep on the road or at their friends’ places after closing from work. This is a major reason for the exodus that has hit Apapa GRA.

“Lack of accessibility to our homes is one major reason why most of our members abandoned their properties. If you go round Apapa GRA, you will see lots of houses up for sale or rent, even as nobody has come forward to express interest. This is because the issue of accessibility is yet to be resolved more than 10 years after the ports reform,” Brigadier-General Ayo-Vaughan stated.

‘Tanker drivers drove us out’
As regards tankers and container trucks that jostle for space on the Marine Bridge, the AGRA chairman blamed the situation on what he called the rise in importation of fuel. “Like the trucks, the tankers block all access to our homes. The rise in fuel importation brought the tank farms to Apapa just like the ports reform brought the truckers. They took over our roads and forced many of our members to abandon their property,” he added.

Responding, the chairman of the Association of Maritime Truck Owners (AMATO), Chief Remi Ogungbemi, stated that situations beyond the control of truckers led to their so-called invasion of Apapa.

“With increased activities at the ports after the 2006 concession and lack of provision for Truck Transit Parks (TTP) by the government, people should not blame truckers for parking on the roads and bridges that lead to Apapa.

“Don’t forget that before the ports were concessioned, we used to park right inside the ports. But after the concession, the new port operators, the private investors, asked us to leave the ports. Yet, we are expected to move into the ports to lift cargoes. We had to park somewhere. So, most of our members had to wait long hours on the roads and bridges to get into the ports.

“Hopefully, with this new drive by the current administration to repair the roads and build holding bays for trucks, the situation will become a thing of the past”, Chief Ogungbemi said.

When contacted, the Public Affairs Officer of the Lagos State Ministry of Environment, Mr Mukaila Sanusi, acknowledged that the ministry received complaints of encroachment from Apapa GRA Residents Association (AGRA) on their estate by persons from the Ajegunle area.

“I am not authorised to speak to the media on issues like this. However, I am aware that residents of Apapa GRA came to lodge a complaint some years back and the ministry took some actions that even the media were aware of then.”