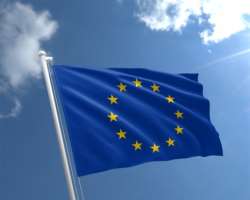 Inspite of all challenges Europe seem optimistic about the unity of its community. Of course it has been looking optimistic because of numerous economic and human right advantages that led to its formation until recently when British electorates voted in a referendum to exit from the union.

Brexit has since then generated a lot of heat within and without the community, not only about the re-appraisal of its existence but also the process of exit and detailed implications of member exit. Meanwhile the outcome of French elections, the result of crucial and far-reaching referendum in Turkey as well as the imminent G20 summit in Hamburg, Germany have collectively posed some challenges to the stability of the union.

Prime Minister Theresa May called an early election in order to consolidate and garner more support for Brexit endeavors. However, June 8, 2017 election produced a lean harvest. Even in the face of a hung parliament courage and patriotism became the stabilizing factor in Britain on the verge of exit from EU.

French presidential election produced a young President that holds the union to his chest, giving a plus to the union during his tenure. To consolidate this position the parliamentary election produced more female candidates than expected. This unexpected feat apparently favors pro-Euro politicians.

After the attempted coup in Turkey in 2016 President Erdogan proposed a number of constitution amendments which significance was to enhance his powers to deal with the various malaise. He won 51.4% support of the electorates. This electoral victory is not popular in Europe because of excessive executive powers without mechanisms to check those powers. This means that transparency and accountability to EU’s standard may be missing; phenomena which the union frowns at.

If you consider the fact that most G20 countries come from Europe and a fortiori on the same page with EU policies, the protests against its policies by human right activists, labor and religious groups, one reckons the summit may not be a plus for EU. The summit is expected to condemn protectionism which is inimical to global interests, because of its effect on innovation and competition.

On a rather sad end Helmut Kohl ex-German Chancellor that passed on recently was known for his efforts towards unification of Germany and Europe; and so nicknamed a “great European” “essence of Europe” etc. even at death. The tributes at his funeral provided doses of optimism at a time the community needs it.