Npp; An Expansion Of The Electoral College And The Organizational Structure Of The Npp Is A Need To Consider 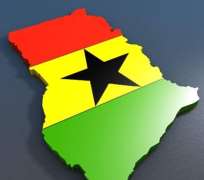 The New Patriotic Party (NPP) has since 1992 been making constitutional amendments with respect to the size of the electoral colleges needed for the various internal contests for the achievement of a possible better wellbeing and growth of the party.

In 2009, such an urge for an expansion subsequently led to the inclusion of Polling Station Executives to the electoral college for the Flagbearership contest.

Truthfully, we all impartially accept and recognize its huge importance it brought to the NPP, which as a result made the NPP the envy of most of the other political parties in Ghana especially its main rival, the National Democratic Congress (NDC), which even as a result forced them to amend theirs to include every card bearing member of theirs for their Parliamentary Candidate (PC) and Flagbearership contests.

Some of the numerous advantages this 2009 expansion brought to the NPP were;

Since the Polling Station Executives directly represent the grassroot of the party, it afforded them the opportunity to make their voice heard with respect to the election of the Flagbearer which also happens to be one of the most respected positions in the party, and as a result made them feel as an essential part of the party and also very appreciated.

Moreover, their inclusion also afforded the polling station executives to get their wellbeing and concerns to be taken seriously and also considered in the manifestos of the Flagbearer Aspirants of the party.

Furthermore, It helped reduce the easy influence of delegates through their direct contact with the Aspirants on the Election Day, and also with money because of the large size of delegates involved in addition to the decentralized nature with which the elections were conducted in their respective constituencies across the Nation.

But despite a desperation for an expansion, we should be careful to make it in a way that will make it a blessing and not a curse to the party.

Some school of thought in the party has as a result of the above started a push for the inclusion of all card bearing members to be included in the electoral college of the Flagbearership contest, but from the perspective of Critical Thinkers International (CTI), even though it might sound beautiful, due to the disadvantages it brought to the NDC through their implementation of a similar during their 2015 Parliamentary Candidate and Flagbearership contests, we believe it will be best if its consideration for implementation is held on until a good strategy is designed for its successful implementation in the future.

Aside the above, there is also another school of thought who believe that, it will be very fair and appropriate for the party to consider the inclusion of the Polling Station Executives in the Electoral Colleges of the National Executives' elections contest.

Critical Thinkers International (CTI) also believe that the NPP will need to consider some adjustments with the entire constitution of the party, especially with the expansion of some of its organizational structures and the electoral colleges of some of its positions.

Below are the exacts and how we recommend it could be done;

A. Expansion of some of the Organisations of the Party

Our emphasis will be on the Polling Station organization and the TESCON for this article.

Some of their responsibilities are;
i. Act as the executives of the various polling stations.

ii. Act as agents during registration and elections.

iii. House to house campaigns.
iv. Perform other duties as maybe assigned to them by the constituency executives.

As compared to the significance, how tedious and herculean their work is with respective to their number in each Polling Station Area, it can easily be noticed that their number is very small and insufficient.

As a result, we will recommend their number is increased from the five (5) to sixteen (16) by just adding deputies to their already existing positions as the various national, regional and constituency positions also have, plus an inclusion of a Treasurer, Communications Director, Nasara Coordinator and their respective deputies to it also, so as to sum it up to the sixteen (16).

b. TESCON
Tertiary Students Confederacy of NPP (TESCON) is the group officially recognized by the NPP for the push of its agenda in the various Tertiary Institutions in Ghana.

We will as a result recommend their number is increased from the eight (8) to sixteen (16) by just assigning deputies to each of the positions already in place apart from that of the President who already has a deputy (Vice President), plus the inclusion of a Youth Organiser and its deputy to it also, so as to sum it up to the sixteen (16).

We believe such an increment in the numbers of both the Polling Station Executives and the TESCON will bring lots of advantages such as;

i. It will lessen the burden of their work plus get the work at the polling stations and the Tertiary institutions effectively and efficiently done.

ii. It will help expand the electoral colleges of the Flagbearer, National, Regional and Constituency Executives, and Parliamentary Candidates' contests if they are included in the electoral colleges of these respective contests as the polling station executives are already included in the case of the Flagbearer, Parliamentary Candidates, Constituency Executives and Electoral Coordinators contests, and will through that help reduce votes buying and other bad influence of the electorates.

B. Expansion of the Electoral Colleges
Exclusion of the polling station executives from the election of either the Flagbearer or the National Executives or the Regional Executives is like the exclusion of the ordinary citizens of a country from electing a President, and rather only allowing their Parliamentary Members (MP) to elect the President for the entire citizenry. What such a practice could result in is; it would only get the nation a President who hasn't the welfare of the entire masses at heart.

Secondly, due to the few number of the Parliamentarians, they could easily to be influenced against the actual wants of the citizenry.

Currently, the electoral college for the National Executives Contest covers up to the constituency level leaving out the polling station executives.

It also allows only one out of the entire Tescon representatives from each of the Tertiary institutions to be included in the electoral college per the constitution.

For the expansion of the electoral college of this contest, we will recommend to the party to include the polling station executives and all the Tescon Executives from the respective tertiary institutions in all the categories of this contest.

b. Regional Executive Contest
The electoral college of the Regional Executive contest also does not include the polling station executives, and also only allows one Tescon Representative from each of the tertiary institutions in the region to partake in the election per the constitution.

Just as the National Executive Contest, we will also recommend the inclusion of the polling station executives and all the Tescon Executives from the various tertiary institutions into the electoral college of this contest.

c. Flagbearer Contest
The electoral college of the Flagbearership contest includes the Polling station executives as had been allowed since 2009, but only allows one Tescon representative from each of the Tertiary institutions per the constitution.

We will recommend all the Tescon Executives from all the Tertiary Institutions are included in the electoral college of this contest.

Aside the expansions, we will also recommend a decentralized method of voting where all the electorates will not be brought together at one venue for the voting to take place, but rather voting should be done or allowed to take place at the respective constituencies through out the country just as what had been done with respect to the Flagbearership contest since 2009.

We are pushing for this because the convergence of the electorates at one venue is a recipe for negative/bad influence of them plus it brings unnecessary stress on the electorates with respect to accomodation, feeding, transportation and others.

We hope our recommendations will be given a consideration.

Chairman, The Legal and Constitutional Committee
The President of Ghana