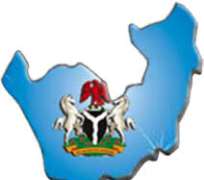 The inability for roads constructed at very high costs by the Delta State government to stand the test of time has been attributed to poor budgeting, poor construction firms and youth restiveness, the Budget Director for Niger Cart Construction Company, Engineer Moris has said.

The Budget Director spoke with HardReporter correspondent in an exclusive interview in Asaba, recently.

He said roads that are constructed and between the intervals of 2-3 years are already in a deplorable state are as a result of small budgeting, “if the budget is small, then you are not expecting the specification as supposed to be”.

According to him, “the East-West road, you have 10 cm of asphalt, 20 cm of base, 25 cm of sand base and the remaining been sharp sand. If you want to construct a road like this, it is very expensive and you know that the budget of the state sometimes is very tight and you have to cut governance and when you cut governance, it means the road cannot last as others”.

He also disclosed that addition of drains has also contributed to reasons some roads have failed in the state, “because drains are very expensive to construct and what you are facing in terms of the contractor and the ministry of Works. They are face with a tight budget and they have so many things to satisfy”.

He pointed out that one of the things to satisfy include the local government, “and they have so many local governments in Delta State. Sometime they are forced to cut governance. Definitely, it is not the best thing to do. Sometimes I use to say it is better to do one kilometer very well than to do 10 kilometers and after you reach the 10 kilometer you have to go back to the first kilometer”.

He also identified technical issues as major contributors to road failure in Delta State, “it is a technical and a financial matter. When financial cannot follow up with technical, then you will have some issues and this is what happens mostly”.

Another issue identified as a cause of incessant cases of failed roads is the accumulation of water finding a weak point under the asphalt overlay on any constructed road.

This may have necessitated the threat the governor of the state, Mr Ifeanyi Okowa, dished to the Zonal Chief Engineer in the Ministry of Works, Engr. Uririoghene Akporavbare, who is supervising the Rehabilitation/Asphalt overlay of the Nsukwa/Ejeme-Aniogor/Agbor-Aladinma/Owa-Aladinma/Ndemu in Aniocha South, Ndokwa-West and Ika North East local government area of the state.

It would be recalled that the governor threatened the female engineer over fear that some portions of the road under construction were not properly given stone base and sand filling before the asphalt overlay was done on the bad portions.