The Westminster Revolution of 2017 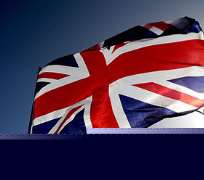 Mr. Tony Blair former British premier sounded prophetic in his first- hand account of his years in office and beyond titled: “Tony Blair:- a Journey”.

Political historians describes him as the most dominant political figure of the last two decades.

Indeed, this charismatic politician seems to have prophetically but unknowingly written about the remarkable turn-around that took place on June 8th 2017 in his Labour party with a surge in national support for the leadership capacity of the current Labour party’s leader Mr. Jeremy Corbyn.

Corbyn's leadership prior to the snap elections of June 8th 2017 called by Theresa May of the Conservatives party, had weathered a storm of controversy that emanated from amongst the ranking members and also from mostly the Conservatives.

The premier Mrs. Theresa May who succeeded the immediate past Tory party leader Mr. David Cameron as premier after the former voluntarily stepped down when he lost the Brexit votes, had consistently branded Jeremy Corbyn a weak leader who lacks the capacity to lead Great Britain through the thorny negotiations' process out of the European Union.

This is the exact words of Mr. Tony Blair in that 2010 best seller book: “The election night of 1 May had passed in a riot of celebration, exhilaration and expectation. History was not so much being made as jumping up and down and dancing".

He continued: "Eighteen years of conservative government had ended. Labour – New Labour –had won by a land slide. It felt as if a fresh era was beginning. As I walked through the iron gates into Downing Street, and as the crowd – carefully assembled, carefully managed – pressed forward in euthuasim, despite the setting, the managing and the fatigue of being up all night , I could feel the emotion like a charge .It ran not just through the crowd but through the country. It affected everyone, lifting them up, giving them hope, election and the spirit surrounding it, the world could be changed”,(Tony Blair:- The Journey ”).

These prophetic words of Mr. Tony Blair may have come back to haunt him and his likes who had predicted doom for the Labour party under the leadership of Mr. Jeremy Corbyn some weeks before this snap election of June 8th 2017.

I say this because those exhilaration and excitements that swept him into office have exactly revisited the current leader of the Labour party who contrary to the prophesies of doom, almost overwhelmed the Theresa May -led conservatives party in the just concluded polls.

The British premier Mrs. Theresa May had called for this snap election with the expectation that her party would win absolute majority to be able to exercise good enough mandate to preside over the thorny negotiations that would naturally see Great Britain exit from the European Union in few moths time.

So in the snap election, what happened could be compared to the Biblical injunction that 'the stone rejected has become the corner stone.'

The Mr. Corbyn-led leadership of Labour party which faced tumultuous internal schism and external threats, performed so well in such a way that the majority in Westminster parliament hitherto held by the conservatives in the British House of Commons shrunk significantly therefore forcing what is called a hung parliament.

For the benefit of my readers in Nigeria not very conversant with this political concept, we will consult the British Cabinet manual for greater exposition.

The Cabinet Manual says that an incumbent government “is expected to resign if it becomes clear that it is unlikely to be able to command that confidence and there is a clear alternative.”

That could allow Labour to argue that Mrs. May should quit before a certain date if there is clearly an “anti-Tory” majority in the Commons that would inevitably reject her Queen’s Speech and support Mr Corbyn as PM.

Mr. Corbyn whilst giving his post election victory has already asked Mrs. Theresa May to quit since what she was indeed an absolute majority to have the mandate to see through the negotiations for exiting Great Britain out of the troubled European Union.

Britain has a hung parliament, after Labor’s victory in Southampton Test made it impossible for any party to reach the 326 MPs required to achieve an absolute majority in the House of Commons, so reports the British press.

The exit poll at 10pm last night correctly predicted that the Conservatives would lose their overall majority.

In a hung parliament, the incumbent PM stays in office - and lives in Downing Street - until it is decided who will attempt to form a new government.

According to the Cabinet Manual, the closest thing Britain has to a rule-book here, the incumbent PM is entitled to attempt to form a government then stay in office until Parliament meets, when they can ask MPs to approve her Queen’s Speech.

Parliament is expected to meet for the first time after the election on Tuesday, June 13.

Going further i would say that this was what truly happened in that snap election which I can comfortably term the Westminster parliamentary revolution of June 8th 2017.

The independent newspaper of Britain reports that With 649 of 650 seats declared, the Tories had 318 seats - eight short of the figure needed to win outright - with Labour on 261, the Scottish National Party on 35 and Liberal Democrats on 12.

Jeremy Corbyn's party increase its share of the vote by 9.6 per cent, while Theresa May's Tories were up 5.5 per cent, the Liberal Democrats, Greens and SNP saw small loses and Ukip's vote collapsed.

Paul Nuttall resigned as the party's leader after claiming its work "was not done".

The Conservatives are likely to be bolstered by Northern Ireland's Democratic Unionist Party (DUP) but if they form a minority government, votes in the Commons will be tight.

As i write, the embattled PM has met the Queen to obtain royal permission to form a government.

So why did the labor party’s leader that was so derided from both within and without, successfully got his campaign and election strategy so right that the incumbent conservative’s party in power almost nearly suffer historical collapse after the June 8th 2017 snap election?

A straight forward response is that Jeremy Corbyn successfully became the agenda setter who vigorously convinced the British voters that his party’s manifesto stands better chance of addressing some institutional weaknesses in the operations of such strategic social services like the national health scheme and social welfare generally.

Additionally, the labor party under the current leadership won the hearts and minds of youngsters and students apparently because of the robust pro-students' plans that were highlighted by labor party during the campaign period.

To underscore the above points, the university and college union (UCU) says it was “delighted” by an increased turnout among young voters, who may have been “crucial” to some of the shocks on election night.

General Secretary Sally Hunt was quoted in the British press to have urged the new government to guarantee the rights of EU citizens currently in the UK, including thousands of university and college staff and students.

“It looks like young people in particular have been inspired to vote in greater numbers in this election with a number of seats in towns and cities with universities and colleges changing hands. This is really encouraging and a vindication of all those, including UCU, who worked so hard to encourage young people to register to vote, and to vote for the first time.”

What lessons should the political party in power in Nigeria learn from this shocking result from the British election? Mind you, Great Britain is the place from where Nigeria got her Political independence in 1960.

First, the lesson is that democracy is the best form of government and this form of administration is fundamentally anchored on the desires of the people since the people are the owners of the sovereignty and the people rightly are the ones who constantly donates the authority and legitimacy to those in political offices.

All those who hold political offices must exercise such powers on behalf of the people and avoid the blind pursuit of selfish ambitions. Governors must not transform themselves into Emperors. The Presidency must not manipulate the security forces to frighten and harass political opponents and independent voices.

These vices are in full throttle in my home country as i write.

Secondly, the ALL progressive congress must accommodate robust opposition politics and allow for the advancement of true multi-party democracy.

"Eternal vigilance which is the prize of liberty" as we are told by Political scientists seems to have suffered adversely in Nigeria.

The people of Nigeria have left the business of politics to crass opportunists and loafers who are now using Ethno -Religious sentiments to drive a wedge of divisiveness amongst the people.

Nigeria is at a major crossroads to such a toxic extent that the Northern Nigerian youth are threatening to forcefully sack Igbo people living in the 19 Northern States. The Northern dominated security forces have yet to arrest these persons who openly threatened violence.

Hate speech is an offence in Nigeria but these youth who met in Arewa House in Kaduna to serve quit notice on Igbos in the North are moving freely 48 hours after they made this threat. From the South East and South South the heightened agitations for self determination have becoming deafening.

So the Great Britain should be looked upon as a good example to copy so fairness, justice, equity, equality of rights are allowed to thrive. Right now those sterling democratic qualities are extinguished in Nigeria due to the governance style that play on Ethno-religious sentiments amongst the political elites.

The electoral system in Nigeria must be independent and neutral enough as to guarantee free, fair, transparent and peaceful election in 2019 and henceforth.

There is the need to overhaul the electoral commission so our election would have a resemblance of civility and transparency as manifested in the just ended British elections.

Nigerian politicians especially those who weild political power must go about their duties with the greatest respect for the rule of law and the constitution and stop the excessive and brutal oppression of perceived political opponents.

All the fundamental freedoms and rights that make for genuine democracy must be respected and defended.

This caution has become necessary because as Sanjiva Reddy stated: “democracy is a delicate organism and has to be preserved with great care”.

We don't have to keep silent and let regional champions masquerading as political leaders destroy our hard won democracy.

Nigeria must survive but equity and equality must become our watchword.