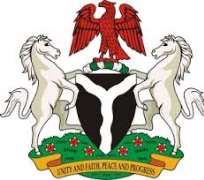 As Buhari proceeded to travel for his latest medical trip to the UK, Boko Haram terrorists were reportedly handsomely paid and freed on time for a great photo-op of the girls with the president of Nigeria. The incident was criticized as a promo for continued abductions in Nigeria.

Former Senator Iyabo Anisulowo was kidnapped last year May in Ogun state; she regained her freedom in a week.

In August last year Ibrahim Ismail, a member of the Kaduna State House of Assembly was freed only a day after he was abducted.

Last year October, wife of Nigeria's CBN governor, Margaret Emefiele was freed on the Saturday, two days after she was kidnapped.

Garba Durbunde, a ruling APC lawmaker representing Takai/Sumaila constituency of Kano state regained his freedom a day after he was kidnapped last Tuesday.

The trend is clear: politicians when kidnapped are treated with high priority, and negotiations and rapid police action happens in their interest while the same is not the case for the poor masses.

The cabal continue to pay kidnappers, thus promoting the sophistication of the industry which then digs its fans into the hapless and hopeless poor.

While the security services have failed to abate kidnapping in Nigeria, the government has supported a process of emolument to kidnappers and terrorists even being involved in making these payments which promotes this career choice in Nigeria and destroys life for the not-well-off when they fall victims.

It has been 12 days. We would like to urge the Nigerian government show some empathy for the six abducted Lagos students. This is a national security matter and deserves the attention properly and on time. Life does not simply go on when six of our students are abducted. What is the government doing as the families put together their salaries in desperation?

Importantly, this government has to stop encouraging the social evil by paying terrorists and kidnappers and block anyone from doing so. We demand social responsibility from the federal government.