CHLAMYDIA: TACKLING THE PAINS THAT COME WITH PLEASURE 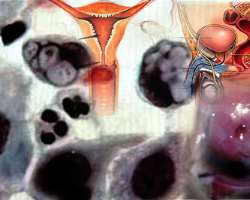 Chlamydia: Tackling the pains that come with pleasure

To a significant level, the usage of condoms may reduce the risk of contracting one or more of the countless diseases. However, this is not to say that condoms can protect one from contracting STDs/STIs as some like HPV virus (responsible for genital warts and cervical cancer) and 'Crabs' (also known as scabies and pubic lice) can be transmitted through skin-to-skin contact. If you are sexually active, it is not only important to engage in safe sexual practices, one should also know the facts about STDs/STIs to keep healthy.

As much as all STDs can be treated to help relieve symptoms, most do not have cures and some may even prove to be fatal. Incurable STDs include herpes, genital warts, HIV/AIDS, and hepatitis. Still, while there is no absolute cure for some STD's, there are genital wart and herpes remedies. A few like trichomoniasis, syphilis, Chlamydia and gonorrhoea which are curable must be treated immediately to prevent damages to reproductive organs. Though some diseases are cured, if there had been any damage done to the body prior to the treatment, it is irreversible. This reiterates the need for early identification and treatment of these infections to minimize damage.

Chlamydia is one of the most commonly reported bacterial sexually transmitted diseases. It is caused by the Chlamydia trachomatis bacterium. It infects the urethra, rectum and eyes in both sexes, and the cervix in women. If left untreated, long-term infection can lead to fertility problems in women. Chlamydia is transmitted through genital contact and/or sexual intercourse with someone already infected. Symptoms of Chlamydia usually show between 1 and 3 weeks after exposure but may not emerge until much later – according to AVERT, an international AIDS charity organisation, on its website.

In men, symptoms appear about 7-21days after infection. Most infected men develop a white or colourless discharge from the manhood accompanied sometimes by painful urination. The symptoms may go unnoticed and may disappear after several months. 'In women, Chlamydia infection frequently is unrecognised at first. The consequences therefore of untreated infection in women can be especially severe. The germ can spread into the fallopian tube through the uterus, causing pelvic inflammation disease, a condition that may result in infertility or death,' says a medical expert, Mr. Ronald K. St. John.

Also, sometimes one may experience fever and nausea. Inflamed cervix and bleeding are closely associated when there is an infection or inflammation on the inner cervical wall.

Unlike most other bacteria, Chlamydia can't reproduce itself unless it gets inside human cells. St John wrote, 'The Chlamydia bacterium lives only in human beings and is spread from person to person, through intimate sexual intercourse. In the United States, Chlamydia is one of the most common sexually transmitted diseases. The cells it likes the best are the type that line the urinary and genital tracts of both men and women.'

Pregnant women who have Chlamydia can transmit it to their babies during delivery causing pneumonia, which affects their lung, and eyes and causing conjunctivitis.

A youth corps member, Miss Blessing Enabulele, says that Chlamydia is one of the most common causes of Pelvic Inflammatory Disease. Cervicitis or inflamed cervix has also been said to be a result of prolonged Chlamydia in the body either due to late detection or late treatment. Cervicitis is an inflammation in the cervix (the neck of the uterus where the opening is. It can cause pain and bleeding.

Infections caused by bacteria, trich, gonorrhoea, e-coli, staph, strep, yeast, Chlamydia, etc are to blame. A swab culture can be obtained by your gynaecologist to get the right medication to treat it. Some of the bacteria that cause cervicitis are part of the natural flora of the vaginal fluids. They just get imbalances and grow 'out of control' and cause the infection – response to a med help user on the internet.

As illustrated by the Medical and Health Encyclopedia, 'Infections of the glands within the cervix are especially common after child birth. Symptoms include profuse irritating discharge from the vagina and occasional oozing of blood, especially after sexual relations.

'These infections may be treated with virginal creams and suppositories, by painless treatment in the doctor's office, or with prescribed medications. Sometimes, badly infected cervix may require surgery or cauterisation.'

Physical manifestation of cervicitis or inflamed cervix is the inflammation or swelling of the end of the uterus (cervix). It is caused by the following: injury or irritation to the cervix caused by the insertion of a foreign object into the vagina, sexually transmitted disease like trichomoniasis, Chlamydia and gonorrhoea or a vaginal infection; health conditions like genital herpes, HIV, human papillomavirus and condyloma or genital warts. Others are over exposure to chemical irritants or irritation caused by chemicals in contraceptives, douches or a forgotten tampon, allergic reactions to contraceptive spermicides or latex in condoms.

'A person is also at an increased risk of suffering from cervicitis if involved in unhealthy sexual relations at an early age, especially with many partners who have had a history of sexually transmitted diseases,' says a medical expert who however pleaded not to be named.

She said it is important to know that if cervicitis is left untreated for a long time, it may result in cervical cancer, which may even prove to be fatal.

It is pertinent that people visit doctors immediately they experience a great deal of discharge from the vagina, fevers, chills, vomiting and nausea, dizziness and severe pain in the abdomen. The likely methods of treatment are inquiry about the symptoms, physical examination, biopsy or a sample of tissue from cervix will be taken if cervix shows any abnormalities and collection of a sample of pap smears by swabbing the cervix in order to diagnose gonorrhoea or Chlamydia. Others are the insertion of a speculum in the vagina to inspect the vaginal lining and cervix for unusual discharge or sores, irritation and redness.

If there are signs of abnormal pap smears, like the presence of gonorrhoea or Chlamydia virus, the doctor may recommend a cryotherapy. After treatment, it is usually recommended for the patient to regularly visit the doctor to prevent further complications.

Natural history studies in the 1970s suggest that many cases of Chlamydia go away by themselves. More recent research suggests that this is very unlikely. There are studies that show some spontaneous resolution, but do you really want to take that chance?

Maybe a some people have spontaneous resolutions. We have much more sensitive tests now. The inability of researchers in the 1970s to detect Chlamydia may have been a problem with the testing they had then.