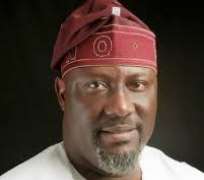 In a media statement by the National Coordinator Comrade Emmanuel Onwubiko and the National Media Affairs Director Miss Zainab Yusuf, HURIWA said the audio recording of the alleged conversation between senator Maleye and the Judge who validated his electoral victory Justice Ikpeme which has gone viral is capable of destroying the infinitesimal integrity still left of the embattled nation’s Judiciary if left uninvestigated.

Besides, the Rights group said this particular matter is a litmus test for the newly inaugurated Chief Justice of Nigeria given that the judge being accused of serious misconduct comes from the same state judiciary/bench from where Justice Walter Onoghen commenced his upward swing to national judicial offices. "The CJN has also pledged to wage unrelenting crusade against judicial corruption and bribery. This issue of alleged bribery involving this Cross River state born judge must be used to guage how committed to this pledge is the substantive Chief Justice of Nigeria ".

In the audio tape, which allegedly captures a telephone conversation between the judge and the Kogi West Senator, Ikpeme could be heard telling Melaye to give her bribe in US dollars even as the audio recording was circulated by the Nigeria owned but New York based online newspaper sahara Reporters.

HURIWA recalled that Justice Ikpeme had in 2016 dismissed a petition by Melaye’s opponent, Smart Adeyemi, contesting the emergence of the lawmaker at an election tribunal.

The Rights group stated that:” We are hereby urging the Chief Justice of Nigeria to immediately commence the investigation of this serving judge Akoh Ikpeme of the cross River bench in this widely circulated and extensively damaging allegations of bribery and the accusations that she demanded and allegedly received favour from one of the litigants that appeared before her in her position as the chairman of the then Electoral Tribunal in the matter between Senator Smart Adeyemi and Mr. Dino Melaye.”

HURIWA also charged the chief justice of Nigeria, thus; “ we are by this public statement putting the judiciary under his lordship justice onnoghen on notice that should this alleged bribery be swept under the carpets apparently because the person been accused of this extensively offensive crime of bribery is of the same state with the chief justice of Nigeria, then the little integrity and respectability left for the judiciary would evaporate automatically because right now the judiciary is saturated with proven cases of professional and ethical misconduct”.

“let the national judicial council not fold her hand and not act on this alleged bribery which has already been listened to by millions of people globally given the fact that the audio recording has already gone viral. The NJC must suo moto initiate this probe to clean up the augean stable and erase the ethical stain this may have caused Nigeria judiciary. The time to act decisively and kill off the hydraheaded monster of judicial corruption is now".

"The chief judge must be told just like what one of his predecessors said that: in order to sustain public confidence, it is essential judiciary is manned by judges that conduct themselves with fairness and integrity in all of their dealings; both socially and professionally. The public’s perception of them and the system they represent must be that of respect and awe. They must consistently and unremittingly perform their judicial functions in a manner that would not erode the public’s belief that those saddled with the responsibility of redressing wrongs done unto them are beacons of fairness, equity, competence , propriety and justice. The public must have total confidence in their integrity”.

Turning to Senator Dino Melaye HURIWA urged him to hand himself over to either the Economic and Financial Crimes commission (EFCC) or the Independent Corrupt practices and other Related offences commission (ICPC) or both to subject himself to investigation so if the audio recording of bribery in circulation is ascertained as credible he can then be prosecuted or if in the event there exists no credible evidence then his name would be cleared. The Rights group wants experts from reputable security firms from another jurisdiction be invited to join the team of forensic investigators over this serious matter..