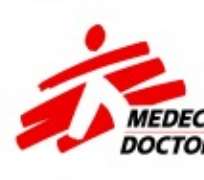 GENEVA, Switzerland, May 31, 2017/APO/ -- For yet another year, Nigeria and Niger are facing severe outbreaks of meningitis C. Both countries are part of the ‘meningitis belt’, a region that stretches across the continent from Senegal to Ethiopia, and is particularly affected by the disease during the dry season. From 13 December 2016 to 14 May 2017, a total of 13,943 suspected cases and 1,112 deaths of meningitis have been reported from 24 states in Nigeria, according to WHO. In Niger, between 1 January and 7 May, there were 179 deaths from meningitis out of a total of 3,037 recorded cases, mainly in the west of the country, according to the Ministry of Health.

In Niger, between 1 January and 7 May, there were 179 deaths from meningitis out of a total of 3,037 recorded cases

In response to the largest outbreak of meningitis in Nigeria over the last nine years, MSF worked with two Ministry of Health’s health facilities –one in Sokoto and one in Anka, Zamfara– treating more than 2,400 patients. In addition, MSF teams assisted the Ministry of Health in the vaccination of around 140,600 people in the three most affected areas of Sokoto. Another MSF-supported vaccination campaign was carried out last week to immunise more than 136,000 people in the four worst-hit areas of Yobe.

In Niger, MSF conducted vaccination campaigns with local authorities for more than 463,800 people –between two and 20 years of age– in 28 health areas that had reached alert or epidemic thresholds in Niamey, Tillabery, Dosso, Tahoua and Maradi. In these regions, MSF also assisted three hospitals and 24 health centres with equipment such as drugs and rapid diagnostic tests, and also reinforced medical staff when it came to rapid case detection and optimal case management. At the same time, the organisation is continuing to monitor the areas at risk and provides support in managing cases.