Fortress Europe; The Rise of Fascism and Racism in the Netherlands 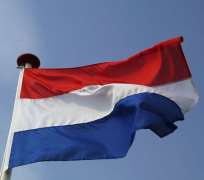 A few days ago I returned from Veldhoven, The Netherlands, where last

conference, kicked out of their hotel and forced to leave the city in

the middle of the night.
I am not talking about Eritrean youth from Eritrea, these were mainly

citizens of EU countries of Eritrean ethnicity, 600 of them,

expelled from the city limits.
Their “crime”? Being Eritrean, that is supporting their country

right and left wing Europeans against any and all things Eritrean.

a European country every year for the past 12 years, and was

previously held in the Netherlands in 2008. Not one time has there

every been a complaint against these youth and their conferences,

members and supporters of the Youth Popular Front for Democracy and

Justice (YPFDJ), what used to be the Eritrean Peoples Liberation Front

(EPLF) before Independence in 1991. I, and other prominent western

journalists (i.e. Eric Draitser and Glen Ford), have spoken at

seminars sponsored by the YPFDJ and can vouch for their consciousness

and discipline.
While I was in Veldhoven I made a futile attempt to talk to the Mayor

go, and went so far as to publicly invite hooligans, many of them

actually Ethiopian refugees pretending to be Eritreans, to come to his

town and attack the conference? So he would have some reason, anything

really, to get his locally buddy, the fascist judge, to put the kibosh

on the Eritrean youth conference?
The Mayor declared, and the judge upheld, a “State of Emergency” due

600 young, black, mainly EU citizens, guilty of no offense other than

their ethnicity and political beliefs, evicted not just from their

hotel but from the entire city in the middle of the night. Can one

imagine the effect on 15 and 16 year Eritrean kids, to be kicked out

of their hotel and run out of town, riding a bus in the darkness not

knowing where to go, with maybe another fascist “welcoming committee”

in the next town?
The conference started on Thursday and over 100 “Eritrean protestors”

showed up, nary an Eritrean flag amongst them, and began their best to

raise hell outside the Hotel and Conference center. Three Eritrean

youth attending the conference got beat up pretty badly and several

cars entering the facility were attacked and damaged.

Interestingly enough this was being actively supported if not directed

MSF/Doctors Without Borders) and University professor, who cell phone

footage shows her ranting and raving against Eritrea and provoking the

“protesters” to carry out their attacks.

demonstrators, with not a one a of the Eritreans attending the

conference being arrested.
While in Veldhoven I spoke with a couple of policemen who had been a

part of arresting the counter revolutionaries at the demonstration and

charge shortly after. Their point, being that they associate the

African refugee community with a spike in crime in their

neighborhoods, was if those seeking political asylum act like

hooligans attacking persons and property and were arrested for it they

should have been turned over to the Immigration authorities to be

deported for cause.
I spoke with an employee from the Hotel Conference Center who had been

working during the Eritrean Youth Conference and they confirmed that

dead of the night en masse, that they knew of no reason it should have

happened.
Doesn't the EU have a “Constitution” protecting all of its citizens

from such a blatant, unprovoked, racist act of fascism by public

authorities? Isn’t the so called “Human Rights” movement supposed to

be up in arms at such naked oppression of an ethnic minority? Isn’t

expose such illegal acts by the fascist mayor of Veldhoven, The

Netherlands?
Not a word of protest, not a word, from anyone in Europe other than

the Eritreans and their supporters, few that they are in these

increasingly fascist of times.
It is turning into Fortress Europe, facism pure and simple with its

early exemplifications being its rabid treatment of a particular

ethnic group, the Dutch version of “Nigger Trouble”, the well

organized and active Eritrean Youth Popular Front for Democracy and

Justice and their racist midnight deportation by the fascist Dutch

authorities in Veldhoven, The Netherlands.
Thomas C. Mountain is an independent journalist in Eritrea, living and

reporting from here since 2006. See thomascmountain on Facebook or

best contact him at thomascmountain at g mail dot com