LG Poll: Tinubu's comment akin to a "do or die politics" 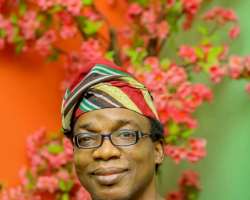 The Chairman of the Peoples Democratic party in Lagos State, Otunba Segun Adewale has condemned in strong terms, statement that the PDP will not be allowed to win a single position at the forthcoming Local Government polls credited to Asiwaju Bola Ahmed Tinubu. He described it as undemocratic and misrepresentation of the wishes of Lagosians.

In a statement made available to Journalists in his office, Adewale said the All Progressives Congress (APC) through Tinubu has simply declared Lagos electorates irrelevant in the coming election. "Our attention has been drawn to a statement credited to the National leader of the All Progressives Congress, APC, Bola Ahmed Tinubu. We view this statement as a declaration of result ahead of the elections. It also goes to confirm that the APC under his leadership has no regard for the electorates and may have concluded arrangements to manipulate the outcome of the election through their agents at LASIEC."

It will be recalled that last week, the PDP Chairman alleged a grand conspiracy to rig the forthcoming Local Government polls in favour of the APC. "The statement by Tinubu is a confirmation of my allegation that the APC has concluded arrangements to rig the polls using some elements in LASIEC and some disgruntled PDP members"

The PDP Chairman insisted that his party will enjoy a landslide victory at that polls. "Contrary to Tinubu's declaration that our esteemed party will not win any elective position at the forthcoming local council elections, the People’s Democratic Party, PDP will not only win in our traditional catchment areas, we will win all the available positions by popular vote."

Adewale listed a number of reasons why the electorates prefer the PDP at the Lagos grassroots.

1. The All Progressives Congress, APC at the Federal and State levels have not been able to deliver on the 2015 promise of "Change". In fact, all promises were cancelled once elected. Lagosians are weary of voting another government representing a cancellation of all promises at the local government level.

2. Over 74 government agencies established in Lagos are created to extort money from the citizens rather than the provision of social economic infrastructure or services, examples include the LASEPA, LASTMA, LAWMA, LASRAB, ALHA etc. Lagosians hardly feel any government support in any area of their life presently. From private schools, to private roads, private electricity, our garbage is quantified and paid for, private bore holes etc. Even the bore hole needs government permission and payment, forcing our people to pay for government inability to provide basic pipe borne water.

Lagosians are eager to experience freedom, they want a responsive government at the grassroots. Lagosians want to feel the impacts of the monthly N26 billion IGR mostly through the Local Government.

3. The Lekki toll gate is one that we all cannot forget in a hurry too: How can a sincere govt lock up her citizens for the purpose of fleecing them? This is a million-dollar question that Lagos residents will use the opportunity of the coming LG polls to respond to.

4. The frequent demolition of landmarks and or popular shops at the detriment of the poor and down trodden for the purpose of constructing unaffordable malls for the few rich is another reason for the eminent victory of the PDP. A recent demolition in Ikorodo where down trodden petty traders lost millions of Naira to government rascality is a case study.

5. The deliberate discrimination and victimization of the South South and or South East citizens in Lagos for daring to choose which candidate they want to support, forgetting that they contribute immensely to the GDP if the state. They also pay taxes to the state amongst others.

6. Lagos State, a state that currently generates over N36billion monthly as internal revenue has the highest domestic debt among all 36 states and also has the highest foreign debt as at December 31, 2016, according to the Debt Management Office. Lagos state topped the list of foreign indebted states with a total of $1.380 billion foreign debt (about N500billion)

The question Lagosians must answer at this polls from this information is if the infrastructural development in the State, especially at the grassroots level justifies this huge debt and tremendous IGR accruing monthly to our government.

Adewale concluded by re-emphasizing his confidence that the good people of Lagos have resolved to make a loud statement against the mismanagement of their commonwealth at the LG polls. "If given the opportunity, the PDP will reverse the tide and make governance at the LG level accountable, compassionate and responsible to the people and not to the dictate Asiwaju Bola Ahmed Tinubu."