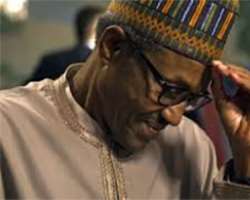 President Muhammadu Buhari will from now operate from home to enable him get enough needed rest, the Federal Government announced on Wednesday.

Minister of Information and Culture, Lai Mohammed, who made announcement  while briefing State House correspondents at the end of the meeting of the Federal Executive Council,  said that the President needed some rest.

According to Mohammed, the president has asked that all the files on his table be brought to him at his official residence at the Presidential Villa, Abuja for treatment.

President Muhammadu Buhari has failed to attend the Federal Executive Council meeting for three consecutive meetings fuelling speculations that all might not yet be well with his health.

Mohammed said that the President needed some rest and has asked that all the files on his table be brought to him at his official residence at the Presidential Villa, Abuja for treatment.

The report of his incapacitation by Punch newspaper earned the reporter an expulsion from the villa.

The Correspondent of Punch Newspapers, Olalekan Adetayo, was expelled by the Chief Security Officer (CSO) to President Buhari.

The Senior Special Assistant to the President on Media and Publicity, Malam Garba Shehu, confirmed the recall of the reporter.

Buhari was away in London for 50 days at the beginning of the year when he attended to an undisclosed ailment.

According to reports,  Wednesday’s FEC meeting  was presided over by Vice President Yemi Osinbajo.

Daily Trust particularly reported that the  cabinet had awaited the president's arrival until the State House Chief of Protocols suddenly stepped in at 11.00am and whispered to Osinbajo.

A security officer had also stood anxiously behind the president's official seat in expectation of Buhari's attendance.

The Council Chambers of the Presidential Villa are scanty as only about 20 ministers were seated as of the time journalists were leaving. Osinbajo kick-started the meeting with a call for the recitation of the national anthem as well as prayers by the Ministers of Education and Health, Adamu Adamu and Isaac Adewole respectively.