Is the Osinbajo Panel Going To Be Just Another Runaround? 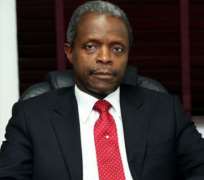 The question we have all been asking is, why a panel? When Senior Special adviser on media and publicity Femi Adesina was asked the question on Sunrise Daily Friday, he responded :

After noticeably repeating the word "government" six times, the SSA succeeded in failing to explain why government was ordering the panel. A democratic government is led by public servants in service to the people. Government's mandate, actually, is to do what the people want. It can be deciphered that Femi Adesina sees government as totalitarian master and thus the repetition of that "strong," "bossy" term, "GOVERNMENT" several times to show dictatorial authority and explain "justification" solely by virtue of authority. *My analysis.

What Use Is A Panel?
Did VP Osinbajo request such a panel? This is highly doubtable. Of what value is a panel? When one thinks of panel, one can't help remembering the toothless Oputa panel.

Then the next essential question is, what can the Osinbajo-led or any similar panels deliver? Can Osinbajo sentence let's say, Babachir Lawal to jail? Does the panel have that constitutional capacity? Certainly not. So what can the panel achieve other than presenting recommendations and delaying the process of justice?

Panels can declare innocent but not charge with guilt. More likely than not, panels of this nature serve to absolve of guilt rather than convict. We are all familiar with panels of the sort clearing indicted persons of crimes by recommending the proper enforcement agencies drop investigations. Thus setting up this panel can be feared to be a means of seeking to find any possible ways of untainting the involved officials and several other government agents and government-linked private individuals who might well be implicated. Should we be worried?

Again, does VP Osinbajo have the tools in his present office to thoroughly investigate these types of cases?

Then again looking at history, we have a sorry precedence of panels that brought no results and that were accused of tampering. The arms probe panel and Kaduna Judicial inquiry panel come to mind as two such examples.

Of what value was Buhari's arms probe panel? The panel initiated since August of 2015, criticized as being tainted , simply delayed justice and finally submitted its second report in January of 2016, after which Buhari ordered the Economic and Financial Crimes Commission, EFCC to investigate a selection he approved from its results. The Buhari-administration was accused of excluding Minister of Interior Abdulrahman Dambazzau and Chief of Army Staff, Tukur Buratai according to a PremiumTimes report .

Thus the arms panel did not only delay justice but allegedly presented an avenue for presidential manipulation of basic cases of corruption. Still yet, with the National Assembly declaring to probe the probe panel , we see a waste of executive and legislative time and Nigeria's money along with a prolonged escape avenue for potential criminal culprits.

Looking at one more recent probe panel set up by the Buhari government. The Kaduna judicial inquiry into the Zaria massacre; of what value was that panel and probe? On July 15th of 2015, a year after the event, the panel finally submitted its report . And then what? Another six months later, the Kaduna state government releases a "white paper" based on that other report. Justice had thus been delayed a full 365 days. And till now, in spite of the results of that 6-month panel and 6-month white paper, and despite local and foreign agencies and governments including the United States calling for disciplinary action based on the panel and paper findings and recommendations to the implicated government officials, only the citizens continue to be punished, rotting in jail, many without charge a full 495 days after the incident, 10 months after the panel report and 4 more months after the white paper. Not a single official has been suspended, talk-less disciplined.

So, we see that panels have next to no meaning except unfortunately and quite often to let off government officials and friends.

Can Nigeria Afford to Spare VP Osinbajo for Such a Delimited Duty?

Finally, we all know that since returning from his prolonged medical leave, president Buhari is not in the best shape to administrate 100% at the moment. We know he works from his home-office most of the time and is hardly seen in public except for the Friday prayers. Vice president Yemi Osinbajo has been tasked with much of the running of the state. Is it therefore necessary and wise at this time when his hands are fully engaged on deck, for his time to be wasted with this uncalled-for panel?

We are going to waste a full two-weeks of professor Yemi Osinbajo's time engaged in work the EFCC, ICPC and other agencies are trained, equipped and constitutionally delineated for. To what end? Providing an escape route from possible incarceration for Lawal Babachir, Ayodele Oke, Godwin Emefiele and any others implicated in these two scandals?

Each time a government agent is suspected of corruption, shall we pull out Osinbajo to investigate?

Panels are time and money wasting apart from being temporary. We have agencies for these things. Panels can be set-up on the side for good-governance and research purposes, but must not interfere with or delay agencies' course of investigation toward exigent justice. Importantly, as Femi Falana, SAN has repeated severally, it is time as a matter of urgency for Buhari to reconstitute and expand existing agencies and create new permanent tools and " special courts " that can deal with the volumes of (powerful) cases Nigeria is burdened with. We must urge president Buhari to reconsider his approach to these cases case and future cases. Time dey go!