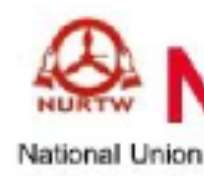 The Chairman of the union in Ile-Ife, Mr Isiaka Olatunbosun gave this warning in an interview on transport situation during Easter period.

He said commuters must be wary of numerous risks associated with boarding road-side vehicles.

“Commuters are fond of boarding vehicles along the expressway because of cheap fares, but unknown to them, its dangerous and unsafe.

“I implore passengers to be careful, especially during this Easter holiday, as ritualists and armed robbers do target the period to operate and this do put people’s lives in danger." He added.