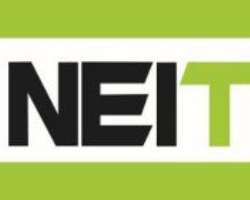 The payments from the Federation Account Allocation Committee (FAAC) to state governments plunged by N1.453tn between 2013 and 2016, the Nigeria Extractive Industries Transparency Initiative has said.

According to NEITI, the fall from N3.095tn that the states received in 2013 to N1.642tn in 2016, represents a 46.9 per cent decline, which was higher than the plunge in disbursements experienced by the federal and local governments during the same period.

The agency was, however, quick to explain that the reduction in Nigeria's crude oil production, as well as the fall in global oil prices during the review period largely contributed to the decline in disbursements to the three tiers of government.

NEITI, in its latest quarterly report obtained by our correspondent in Abuja on Friday, said, 'Total disbursements to all tiers of government have experienced a general decline since 2013. The figure shows that disbursements fell consistently from 2013 to 2016.

Drawing projections from what transpired in the country's economy in 2016, the agency stated that because of the dependence of government revenue on petroleum exports, Nigeria's public finances were subject to frequent upswings and downswings, following movement of global oil prices.

It stated that all the three tiers of government had been subjected to dwindling revenues as a result of militant attacks in the Niger Delta and falling/unstable oil prices.

It said the total payments to the three tiers of government in the fourth quarter of 2016 amounted to N1.214tn.

This, according to NEITI, represents an improvement of 1.18 per cent over N1.2tn disbursed in the corresponding quarter of 2015.