AN OPEN LETTER TO MONDAY UBANI 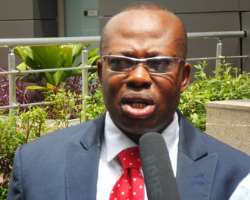 I had in my writings, have had cause to attract public attention to some aberrations in medical training and expectations. I wrote about bullying by medical teachers where clinical medical students are given head knocks and corporal punishments. About the risks of victims of bullying ending up as bullies. About corrupt medical superiors and admins who pile surbodinates with impossible workloads. About legal systems that require male doctors to pay their bills while being careless with their finances... as placing lives over money would suggest. About how lawyers and judges responded with incredulous laughter as I pleaded for special consideration after defaulting in rent payment in the premises I used as a clinic! The lawyer actually connived with my landlord to lie that unserved statutory notices were served. He simply forged and backdated them!

I wrote about the dishonest Nigerians that we are cursed to treat...as they betray our trust and snoop for opportunities to abscond! About Hippocrates and his crop of honest and responsible patients. I compared them with latter day patients who are eons apart from those treated by Hippocrates. Who lack empathy for their doctors and indeed fellow laymen!

Wise men seek causes of problems...for in their uncommon intellect, they realise that in causes reside solutions...If the seeker would only be diligent enough in seeking.

I expect Monday Ubani to aspire to the bench one day. But smart judges do not rush into judgement after hearing from one side!

I expected Monday Ubani to have talked to a doctor...to hear our side of the story...and to have an insight into causes to facilitate solutions!

The draftsmen of The Rules of Professional Conduct for Medical Practitioners so copiously...and so robotically cited by Monday Onyekachi Ubani are the very bullies who create monsters out of doctors.

And the same thieves who man hospitals with less doctors than necessary....pocketing the salaries of ghost doctors.

Having practised as prescribed by Hippocrates, I have been visited by so much material poverty that no sane young doctor would emulate. My wife life left me, took my kids along and poisoned their minds against me. I am fed by my mother. I am 55!

Consider the following submissions by some doctors. Unbridled assault on the doctor's psyche is a global phenomenon.

"I did my internship in internal medicine and residency in neurology before laws existed to regulate resident hours. My first two years were extremely brutal, working 110 to120 hours/week, and up to 40 hours straight. I got to witness colleagues collapse unconscious in the hallway during rounds, and I recall once falling asleep in the bed of an elderly comatose woman while trying to start an IV on her in the wee hours of the morning.”“I ran a red light driving home in residency after a 36-hour shift. Got pulled over. It was sobering: I was not fit to use my driver’s license, but I had just been using my MEDICAL license for over a day non-stop!”. “I have made numerous medication errors from being over tired. I also more recently misread an EKG because I was so tired I literally couldn’t see straight. She actually had a subarachnoid hemorrhage, andby misreading the EKG, I spent too much time on her heart and didn’t whisk her back to CT when she came in code blue. She died.”“After a 36-hour shift, I fell asleep andbegan dreaming while walking home — repeatedly. It was a four-block walk. I fell asleep multiple times at the light at the intersection right at my neighborhood after call. I would see home was close and relax just enough. I had a baby, and I was so afraid of forgetting him in the back seat if I ever had him with me I wouldput his bag in the front with me and my stuff in the back with him. Luckily,nothing bad happened in either situation, but I just got lucky.”