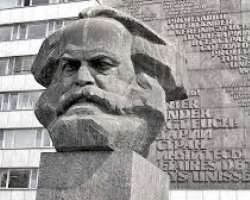 On 17th march 2017, Professor Chris Wanjala along with other cultural leaders finalized the talks to build a statue of Masinde Muliro in Kitale town. Kitale is town in which Masinde Muliro was born and later on became a political leader there, in fact a political leader of world class status. The choice by the community to build a monument for Muliro was part of communal observation of Muliro’s 25th anniversary since his death in august 1992. Though Muliro was a freedom fighter, a de-colonizer and a politician of monument value his anniversary has been organized by humble academicians but not political leadership of the day. This is only ascribed the lopsided reasons related to political correctness. Historically, it is not Muliro alone that is a victim of enforced oblivion, petty bourgeoisie nationalism and political opportunism has always struggled to make the world forget great Kenyan leaders like Muliro , Makhan Singh,Chege Kibachia, Arap Manyei,Pio Gama Pinto,Ambu Patel, Elijah Masinde of Dini ya Msambwa,Ramogi Ochieng Oneko,Paul Ngei and Joseph Murumb.This is why honest researchers like Zarina Patel in her book Unquiet, and several other honest academicians have to be appreciated for keeping facts correctly and informing the present generations about the historical truth that reign Kenya’s past civilization in regard to National building.

For example, Masinde Muliro’s style of politics was for equality, gender inclusivity, peaceful environment , freedom from colonial oppression, zero-negative-ethnicity, equal access to land and economic opportunities as well as un-tilted rule of law. They are these virtues of political liberalism that led to his strange death, thus going by the tune of political responsibility that Muliro died for it is timely to aver that Muliro Statue was long overdue.

It has been the same experience in Europe, the city of Trier in the former eastern region of Germany. This cityhas received a huge statue of Karl-Marx from the government of china. China has done this as an observation of the 200th anniversary of Karl Marx, since his death on 18th March 1883. Deutsch Welle, the online Germany newspaper has reported that Marx’s statue in Trier has been received with mixed feelings. That there is certainly a whole series of reasons why Trier's citizens could be against this. For one, the government of China is not a model for democracy and human rights. Secondly, as one of the fathers of Marxism and Leninism, Karl Marx is a controversial figure. His writings served as the basis for a whole state form that turned into dictatorships. Finally, it is no longer common nowadays to erect statues dedicated to people, especially such monumental ones.

However, going by the real historical facts it has to been realized that negative feeling towards Karl Marx in Trier is an overtone of the usual gospel of by political and intellectual opportunism that aims at condemning Karl Marx to Oblivion. The sweeping generalization that Karl Mark was a fountain of Dictatorship is mistaken, the truth attests otherwise.

At most we always think of politics and revolutions when the name Karl Marx is mentioned, but the truth is that Karl Marx had huge nonpolitical life than most of us believe. He had a strong passion for romance and un-winded life. He was not always hard thinking as most of us tend to reflect about him especially given the conventional mindset that we always look at him through eyes of ideology that have conditioned us to see violent communism and radical philosophies as his key hallmarks.

Karl Marx was born in a soft middle class life, enjoying privileges of being son of a lawyer and having a mother who was a University professor of mathematics. He fondly read classics. Even he read Shakespeare’s King Lear at a tender age of only seventeen years. This was the time he was romantically upsurge in love with Jenny Westphalia. At the age of twenty three, he wrote a lot of poems, some poems he wrote as odes and others as love songs to his girlfriend Johanna Bertha Julie jenny von Westphalia.

Most notable of his poems are the three pieces; Ode to Satan, Evil Idol, and the lyrical sonnet, Ode to Jenny in which he sang that Jenny is love and love is Jenny. It was during this time that Karl Marx also wrote the drama in verses entitled Oulauem. It was a love drama. It was both farcical and tragical.Infact a classic case of mixed drama. This trait cuts across psychologies of all the great warriors. They are always full of compassionate love more than military violence. Napoleon’s love for Josephine is such a testimony. And Adolf Hitler’s expression of love in his two poems; Ode to my mother and the in the wee of the night in the Fabian forest are testimony of contradiction to his blitzkriegs on London, Jewish Massacre and all other atrocities he perfected, the same way he was a perfect slave to love between himself and Eva Braun.

Marx was also gifted with the power of language acquisition more than most of people at his time. Karl Marx had mastered five languages at a very young age. He was excellent in French, English, Deutsch, Greek and Jewish. This is why he was able to write his famous book, Das Kapital in a foreign language but not his mother tongue Yiddish.

Going back to his knack when it came to love and romance both at level of theory and as well as a lifestyle. Karl Marx was brutishly a selfish lover. This is beautifully evinced in the love letters exchanged between him and Jenyy.Jenny complained of him being emotionally outrageous and accusing her of dishonesty even if the opposite was the fact. His sense of passion for romance is also displayed through his efforts to arduously write more than one thousand pages of history of the famous European affinities, the book he wrote ten years before moving to London as a political asylum seeker.

Romance aside, Marx was also a mathematics scholar; he wrote a text book of integral and differential calculus, an area which at most puzzle learners of mathematics the same way it does the practitioners.

Reading The Marx He knew by John spargo, you notice Karl Marx was average in terms of intelligence but very hard working and book-worming, fond of eating fish comfortable with colour black. Black was his favorite color .He was jovial and full of jokes, always smoking and taking whisky tots, but ever broke to an extend that he was financially at the sympathy of his friend Friedrich Engels. Marx was a poor planner at domestic level, had it not been prudence of his house girl Helen Demuth, when it came to management of domestic finances, starvation would had killed him ten years before it had to kill him at the time of his final death. However, alongside domestic challenges he was a crowd puller, astute unionist, eloquent speaker, emotionally empathetic, playful, very sociable as well as warm in companionship.

In Marx and Engels through the Eyes of Contemporaries, a book written by anonymous author and published by progressive publishers of Moscow, there is an interesting story that Karl Marx was reckless socially. One time when he was walking through slums of northern London, he foolishly jumped into violent duel between a drunkard peasant and the wife, the peasant left his wife alone and began boxing Karl Marx in a fully-fledged rage. The peasant left Karl Marx unconscious.

Masinde Muliro as student of political science in South Africa studied Karl Marx to a good extent. Values of equality and freedom that Muliro cherished were only overtones of Marxist consciousness. Even though a virtue of equality is the center-piece of practical political liberalism heartily enticed in the modern world as evinced in the political culture of devolution and multy-partism in Kenya, but still some intellectuals have guts to condemn Karl Marx as his followers aspure gadzookery fit for the garbage of oblivion. They are wrong.

By Alexander Opicho
(From Lodwar, Kenya)

Disclaimer: "The views/contents expressed in this article are the sole responsibility of the author(s) and do not necessarily reflect those of The Nigerian Voice. The Nigerian Voice will not be responsible or liable for any inaccurate or incorrect statements contained in this article."
Articles by Alexander Opicho
23-10-2017  Kazuo Ishiguro Is A Testimony To The Future Of British Literature Being In The Hands Of The Migrants29-9-2017  Africa Youths Should Stop Dreaming Of Good Life In America And Europe21-2-2017  Quantitative Decisional Tools Of Management Are Self-defeating26-9-2016  Dear Governor Mandago, Higher Learning Institutions Were Not Devolved16-8-2016  Why The Kenyan Media Always Misreports Traditional CircumcisionMore...