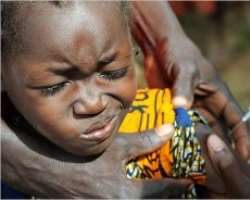 The Federal Capital Territory (FCT) Primary Health Care Development Board on Thursday confirmed the death of yet another person due to Cerebrospinal Meningitis in the territory.

The board recorded four deaths on Tuesday in Durumi area of Abuja Municipal Area Council (AMAC).

The Executive Secretary of the board, Dr Rilwanu Mohammed, told NAN in an interview in Abuja that another death from the disease occurred in Dakwa, a border village of Bwari Area Council and Niger state on Wednesday.

“The four suspected cases we have were all in Durumi I and II in AMAC while one confirmed case of a child that just happened yesterday (Wednesday) in Dakwa of Bwari area council.

“The four that died in Durumi showed all signs of meningitis but there was an autopsy carried out in the one at Dakwa and was confirmed to be meningitis at the University of Abuja Teaching hospital, Gwagwalada.

“We have so far immunised all residents of Durumi that are within the ages of 1 years and 29 years and we are going to condone off Dakwa area today (Thursday) for a similar vaccination,” he said.

According to him, the board had so far immunised 65,000 residents as against 70,000 targeted for vaccination against meningitis in FCT.

He said that since the disease broke out in Zamfara, Sokoto and Niger states, the board intensified effort to curtail its spread in the territory.

The Secretary disclosed that the board focused on Internally Displaced Persons (IDPs) and Barracks for the vaccination exercise because of their vulnerability.

Mohammed advised residents to avoid crowded places and ensure crossed ventilation in their homes to prevent the spread of the disease.

Reports indicate more serious outlook in other parts of the North with death toll from the  epidemic in Sokoto State rising up to 21 as at Sunday..

The  Health Commissioner of the Caliphate state, Dr Balarabe Kakale,  confirmed this in an interview with NAN in Sokoto.

The deaths were recorded in the seven  Local Government Areas of Kebbe, Bodinga, Rabah, Wamakko, Gada, Dange/Shuni and Tureta, mostly affected by the meningitis outbreak.

Kakale said: “the state government had since Monday deployed no fewer than fifteen medical teams, comprising of over one hundred and fifty medical personnel.

“They were deployed across the 23 local governments of the state, fully equipped with ambulances and provided with free drugs,as well as medicament.

“The emergency response teams were conducting house to house  search, definition and management, both at home and the hospitals.

“They had so far treated no fewer than 330 mixed cases of severe malaria and meningitis across the seven top-hit local governments.

“Out of the 330 cases, 40 were confirmed in the laboratories to be cases of meningitis, out of which 14 fatalities were recorded.

Kakale further noted that thousands of other cases were treated at the Primary Health Centres in the local governments.

The commissioner said  there were some “imported cases” from Koko in Kebbi State, which compounded the epidemic.

He also lamented that traditional belief in witchcraft was making fighting the disease difficult, with some families refusing to take their suspected patients to the hospitals.

“You will see suspected cases having symptoms of meningitis like vomiting, high fever, headache and stiffness of the neck, but they will not be conveyed to the health facilities.

“The people of the state should disregard  rumours of witchcraft and take all suspected persons to the hospitals early.

“Keeping them at home will only make the disease worse and cause transmission to other members of the family.

“The residents should also reduce the number of those to take care of confirmed patients, avoid sleeping in overcrowded rooms, as well as ensure personal and environmental hygiene,”Kakale said.