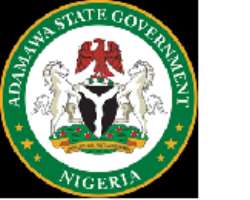 tailored to ensuring-
1. Registration of new retirees and paying them monthly pension.

2. Paying gratuity to retirees and deceased next of kin.

3. Payment of monthly pension to all cadre from Local Government,

Development Agency and Local Education Authority.
The board has for the past ten years, received from the Ministry of

Local Government Affairs the sum of only #100million, while the edict

setting up the board, stated that based on deductions, the sum of

about #271million monthly should be given to the board every month.

The Local Government Pension Board is different from the State Pension

Board for the fact, that the State Pension Board do not pay pension

Accountant-General together with salaries. What the State Pension

Board pay is the gratuity of the state retirees.
Commendation goes to the Executive Secretary, Alhaji Abdulwahab

Abdullahi, and his able lieutenants such as the Director of Finance

for wonderful job of capturing the about nearly Three Thousand

retirees, that hitherto are not on payroll.
They were able to registered new pensioners, who were not pay for five

to six years. The untiring efforts of the Chairman also, and his

Commissioners pay off as the Governor Mohammed Umaru Jibrilla, in his

shared with the State Pension Board.
The Executive Secretary doesn't hesitate in paying any beneficiary

his/her own entitlement if necessary processes were followed. Pension

right to be paid his or her gratuity and monthly pension.

The arrears of pension in the Board, amounted to over #2.13b. It is

worth saying, that government need to ponder over the profile of the

Local Government Pension Board and do something tangible to see, that

gratuity.
This is because from 2012 to date, there are about three((3) thousand

retirees, that were not on the payroll and more are still joining the

queue.
A lot of people frowned over the way, the pensioners are being treated

after their service in the public service especially in the Local

Government. Let me also stress the point, that it is not a bed of

the bandwagon as retirees.
It is disturbing for one, to be put in a tight corner after his

service to the people and the nation. Therefore, the government need

to be mindful of pension of the Local Government pensioners by

constant payment of pension and gratuity.
The present leadership of the Adamawa State Local Government Pension

Board is doing every thing humanly possible in seeing, that all the

pensioners of the Local Government receive their pension and gratuity.

This is the leeway for them to enjoy the fruit of their labour.

The situation at this time, has worsens in the pension board due to

underfunding by the government. The proper thing to be done is for the

banks in the country to offset the backlog of pension and gratuity.

right direction as the management under the able Executive Secretary

has put things in better perspective towards ameliorating the plight

of pensioners of the Local Government, who were treated with disdain

by the previous administration.
The present government should consider this teething problem, that is

so worrisome to a lot of people, that feel if care is not well taken