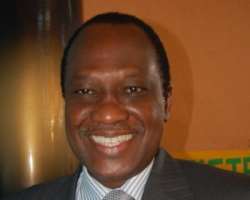 A blood brother of former Minister of Work under the President Olusegun Obasanjo administration, Chief Adeseye Ogunlewe, the new head of service was the permanent Secretary in the Ministry of Establishment, Training and Pensions.

He has also served as Permanent Secretary in the state Civil Service Commission and Public Service Office.

Born to the Royal family of Igbogbo in the Ikorodu Local Government, Ogunlewe attended United African Methodist Church Primary School in Igbogbo between 1959 and 1964 and Oriwu College between 1965 and 1969, according to the statement.

In 1972, the new helmsman of the state public service gained admission into the Department of Sociology, University of Ife, Nigeria (now Obafemi Awolowo University) in 1975 where he bagged Bachelor of Science (Honours) Degree in 1978.

He was elevated to the enviable post of Permanent Secretary in February 2001 and had served in the defunct Post-Primary Teaching Service Commission; Public Service Office, Civil Service Commission, Parastatals Monitoring Office and Ministry of Establishments and Training, before this new appointment as Head of Service of Lagos State.

Ogunlewe is married with children and is a Fellow of both the Institute of Public Administration of Nigeria (IPAN) and Nigeria Institute for Training and Development (NITAD).