A case for progressive politics in Anambra 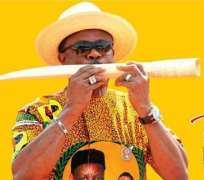 It is sometimes said that Anambra politics is a peculiar brand that hardly exists elsewhere. Its unusualness derives from two distinct characteristics. One it is capital intensive. Two it is fractious, and can be potty when inclined. But in all its irregular beats, it does not fail to requisition help from within its fold which, in the Anambra spirit, is rendered unstintingly.

Not thinking differently perhaps, Professor Chukwuma Soludo, the intrepid economist and former Governor of the Central Bank of Nigeria, urged against the tendencies, advocating rather for new elite cohesion and consensus in what he called statesmanship politics. He enjoined the motley of aspirants to the November governorship election not to waste their resources, but to deploy them to the burgeoning start-up companies and help create value-adding jobs in the state. “Can we then implore most of the contestants to rather deploy the billions of Naira they would soon waste on the campaign trail into building medium scale industries in the state?”

Before this exhortation evaporates into a puff of illusive smoke or becomes a blathering topic of a politician on the stump or an agendum for others in endless nocturnal meetings, it is important to flesh out some details. One, politics in Anambra is no small business. The volume of cash deployed in the venture (greater percentage of which is invested outside of the state) if ploughed into the economy would redefine the Anambra narrative. Perhaps investment profile of the state as well as her exploits in areas of security, agriculture, education, infrastructure, public utilities, health, and youth empowerment among others would have recorded huge success. By now the Obiano government should have advanced to finer aspects of governance and not to be grappling with opening the state up to investors. Two, the- I- can- do- it- spirit of the Igbo man has greater expression in Anambra than any of the five core Igbo states. Virtually every well heeled man or woman in Anambra is deluded with the idea of gubernatorial grandeur. Unfortunately, nothing, including stark defeat, deters the resolve to heat the political space. Consequently, the state is left to bear the brunt.

It is against this background that the call for statesmanship politics becomes apt. It serves the state and ndi Anambra better to appraise the Obiano administration and give support where necessary so that it will complete the task at hand. This, perhaps, is the better way to get the state achieve greatness. As it is, everybody in the state, including known opposition cannot disclaim the many achievements of the government. How it severed, in less than three months, the dead hand of insecurity and brought economic prosperity. How in three years the volume of investments in the state tripled to $5.2 billion. How the wheel of governance has continued to run smoothly amidst so many elsewhere that have grounded to a halt. How road network in the state is about the best, if not the best, in the country. How these roads are duly interspersed with bridges. How outside the three flyovers in Awka the speed with which agrarian and oil communities hitherto separated by water and deep gully erosions have been connected by well constructed bridges. How impossible it is to recount in detail some institutional changes made by the government since inception which carefully insulated the state from recession and pushed her up the ladder of development.

Perhaps it is to sustain the changes which have bolstered growth that Professor Soludo, a no less equal competitor to the governorship position, decided against any ambition just to support good governance. He knows that any change in leadership will easily upend all what have been achieved. He is not deluded that the aspirants would offer anything new. He knows that the economic miracle some of them have been promising can be achieved by investing in the economy and not until they assume the office of the governor.

It is no longer news that there has been a burst of activities (economic cum social) in the last three years of Obiano which positively altered the value of life and property in the state. At any rate the population of the state has increased in the last three years just as the value of landed property has made some uptick in the upward ring. These things can only get better through sustained effort and not by any miracle or by changing a successful general in the course of war. After all it is said that “continuous effort and not strength or intelligence unlocks potentials”.

So far as the effort is concerned the state has gained a lot of mileage. Today Anambra is celebrated and coveted with equal passion. It is therefore unwise to contemplate change amidst the ongoing transformation in the state. No reasonable person will be willing to see such great effort made naught by unbridled ambition.

It is not often said but it takes more than a term of four years for proper development to be entrenched. More than that, it requires conscious succession of leadership for such to happen. Lagos state is a good example. The story of Lagos is told better since the active succession to power in the state by the one and the same party ( AC/ACN/APC). Before Tinubu, Fashola and Ambode the story of Lagos was told differently. Before 1999 the state reveled in false splendor. Her journey to a mega city neither started before 1999 nor outside the influence of their home grown party.

The development journey of Anambra might not have followed the same pattern. Regardless, what is known of the state and her development, apart from the PDP effort of 2003- 2006, was essentially the making of the APGA government. It will therefore amount to political indiscretion to change the engine of development now that it has progressed from a chugging effort to an accelerated speed. The cost would not just be enormous but can be choking to Anambra which history of survival to date has been replete with tales of franticness.