Woman jumps into canal in Lagos 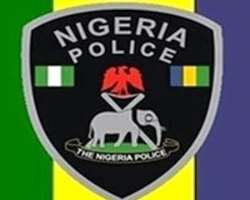 An unidentified woman yesterday jumped into the canal from Maza-Maza Bridge in the Mile 2 area of Lagos.

The woman was however, lucky, as rescuers fished her out before she could drown.

A witness said the woman, dressed in a blouse and trousers, was trekking and got to the middle of the bridge, climbed the rail and jumped.

'The thing happened so fast that we could not stop her. However, when she jumped, we called for help, prompting people under the bridge to dive in and rescue her,' said one of the witnesses, who gave his name as Emeka.

The woman was  unconscious by the shore of the canal, while  rescuers pressed her bloated stomach to expel water she had ingested.

Adewale, one of those who rescued her, said:  'We were under the bridge, when suddenly the woman's body dropped from the bridge.

''At first, we thought she was either pushed over or fell over by mistake. We had to jump into the river and went for her. That was how we rescued her.'