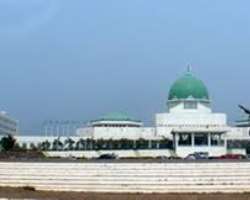 The Committee for the Protection of Peoples Mandate (CPPM) is disturbed, agitated and condemns in strongest terms, the uncivilized, crude, undemocratic, petty, reckless, unparliamentary and legislative rascality conduct of the senate dress code summoning of the Comptroller General (CG) of the Nigeria Customs Service (NCS).

Time and time again, the Senate of the Federal Republic of Nigeria, in carrying out its constitutional functions, assaults the constitution, denigrates the hallowed chamber and ridicules Nigeria in the comity of civilized people.

Ordinarily, as lawmakers, one expects members of the Senate to be conscious of the fact that their actions at all times, must be guided by the law and not by pettiness, emotions and ludicrous statements which is unbecoming of the house and a national embarrassment.

Going through the Nigeria Customs and Excise Management Act, it is stated very clearly that,

" By virtue of delegated authority, the Comptroller-General is authorized to issue guidelines and prescribe internal instructions to Customs personnels in accordance with the governments rules and regulations as they affect the statutory functions of the Customs Service".

Therefore, in view of the above, may we again ask, that under which section of the constitution, did the senate derive the powers to pass a resolution interfering in the statutory functions of an agency of state?

For our education, it is important to restate that Nigeria practices constitutional democracy in which the functions and roles of organs of government are clearly spelt out. Therefore, it becomes imperative on us all to admonish the Senate as the bastion of our democracy, to be civilized and focused on its primary responsibility of law making rather than pettiness, incitement, recklessness, arbitrariness and usurpation of functions which is demeaning and is a violation of our constitution.

If the Senate is desirous of issuing directives on dress codes for summoned public officials and passing resolutions to take over the statutory functions of the Nigeria Customs Service (NCS) or any other agency of state for that matter, may we admonish our power intoxicated legislators to do the needful of amending the constitution to derive the powers to do so, legally, rather than this uncivilized and undemocratic public flexing of muscle which is humiliating and a denigration of the sanctity of the hallowed chambers of responsible lawmaking.

Also, the Committee for the Protection of Peoples Mandate (CPPM) deplores and condemns in strong terms the irresponsible, irresponsive, unparliamentary, reckless, inciting and barbaric statement of Senate Dino Melaye on the floor of the house, wherein he was quoted to have said that, " If they are taking duty on Nigerian roads, and the president is passing, no customs officer will stop him and ask for papers, they will rather salute him".

This unfortunate statement by Senator Dino Melaye and by extension the Nigerian Senate, is condemnable and an assault on the collective psyche of the Nigerian people in view of the fact that the office of Mr. President represents our collective will, integrity, values and customs which abhors lawlessness.

In view of the above, we demand the following:
1. Immediate and unreserved apology to the Senate and Nigerians by Senator Dino Melaye for his irresponsible, reckless, inciting and unparliamentary comments on the floor of the house.

2. Immediate and unreserved apology from the Senate to Nigerians for the denigration of the office of the President of Nigeria on the floor of the hallowed chamber.

3. Immediate reversal of the dress code summons to the Comptroller General (CG) of Nigeria Customs Service (NCS) because it is unconstitutional.

4. A resolution from the Senate pledging to be responsible, responsive, civil and respect for the constitution in the discharge of its functions from now henceforth.

We commend and align ourselves with the position of the Comptroller General (CG)) of the Nigeria Customs Service (NCS) to honour the Senate summons.

However, we must warn that in honouring the summons by the NCS CG, members of the Senate are hereby enjoined to conduct themselves as distinguished custodians of the Nigerian peoples mandate and not as representing "other" interests.