CAN rejoices with Buhari, says Nigerians should sustain prayers 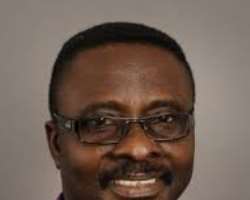 The President of the Christian Association of Nigeria (CAN), his eminence, Rev Dr Samson Olasupo Ayokunle has congratulated President Muhammadu Buhari, his family and the populace on his return to the country 51 days after he left for London, for medical reasons.

Buhari who returned Friday had a brief meeting with the Federal Executive Council, service chiefs and other top government functionaries said the Vice President, Prof Yemi Osinbajo who had been acting in his stead while away would continue to act.

Welcoming him back to the country, Ayokunle, in a statement issued and signed by his Special Assistant (Media and Communications), Pastor Adebayo Oladeji rejoices with the First Family and the country and urged Nigerians, especially, Christians, not to cease praying for a total and perfect healing for him.

“CAN rejoices with the family of President Muhammadu Buhari, the government and the whole nation on his return to the country after spending 51 days abroad for medical reasons. We will continue praying for his full recovery in order to be able to continue the task of rebuilding the country and most especially, to end the economic recession and its attendant problems.

“We urge him to do everything within his power to strengthen Naira which has been facing unprecedented devaluation since its emergence in order to bring the much awaited relief to the people who have been groaning under the yoke of the economic recession.”

The CAN President praises Buhari for handing over power to his deputy as mandated by the constitution and commends Osinbajo too for living up to the expectation of his principal and the people.

“It is worthy to commend President Buhari for transferring power to the Vice President, Osinbajo whole away to avoid any breach of the constitution as we witnessed in recent history. We also acknowledged the loyalty, commitment and dedication of his deputy who live up to the expectation”.

The statement noted with dismay the failure of the government at all levels to pay the workers and the pensioners as and when due which has compounded the problem in the polity.

“It is disheartening to note that workers and pensioners are being denied of their inalienable right nation-wide as a result of the poor management of the meager resources at all levels of the government and it is our prayer that God will help President Buhari and his team to bring the economy out of the wood sooner than later”.

“Our prayers, complimenting the efforts of those who are at the helm of the affairs will go a long way in bringing back the golden era with an accelerated speed. Our God who did it in Samaria is still on the throne on our behalf.”

The body tasks its members to always remember that praying for those at the helms of the affairs of the country is a divine mandate.

“The Scripture tasks us to be praying ‘for kings and all those in authority, that we may live peaceful and quiet lives in all godliness and holiness. This is good, and pleases God our Savior’ (1 Timothy 2:2-3).

“As Christians, it is a divine mandate to be interceding for our leaders in order for us to enjoy the benefits that our country brings; we must strive to always pray for the people who have been made to rule over us, irrespective of our political and religious differences”.

signed
Pastor Adebayo Oladeji,
the Special Assistant (Media and Communications) to the CAN President, Rev Samson Olasupo A. Ayokunle, PhD