African immigrants facing mass deportation in the United States, and nobody is paying attention 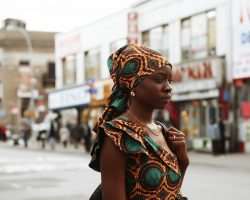 In this March 3, 2015 photo, handcuffs, and chains sit on the paperwork of a person arrested by Immigration and Customs Enforcement officers after a series of early-morning arrests in New York. CREDIT: AP Photo/Richard Drew

An ICE official, who spoke on condition of anonymity, said that the Senegalese nationals “were found to be ineligible to remain in the United States and ordered removed by an immigration official, in accordance with their final orders of removal.” A representative for the Senegalese embassy was unavailable to comment before publication.

The recent increase may be a harbinger of more African and Caribbean immigrant deportations to come, given President Donald Trump's promise to detain and deport some immigrants. He has also made it more difficult for people to gain humanitarian relief like asylum or refugee status when they arrive at U.S. ports of entries, which is one of the primary ways that African and Caribbean immigrants are able to successfully stay in the country.

Since Trump took office, a harsh spotlight has been cast on enforcement operations in Latino immigrant communities, with names like Daniel Ramirez Medina , Guadalupe Garcia de Rayos , and Daniela Vargas becoming household activist slogans. But African and Caribbean immigrants have not received nearly as much support, in part because they do not have a robust support system in the United States to help them win their immigration cases.

A 2016 Black Alliance for Just Immigration (BAJI) and New York University Law School's Immigrants Rights Clinic report pointed out that there are 3.4 million black immigrants, but that they made up 10.6 percent of all immigrants in removal proceedings between 2003 and 2015. In the 2015 fiscal year , the ICE agency deported 1,293 African immigrants.